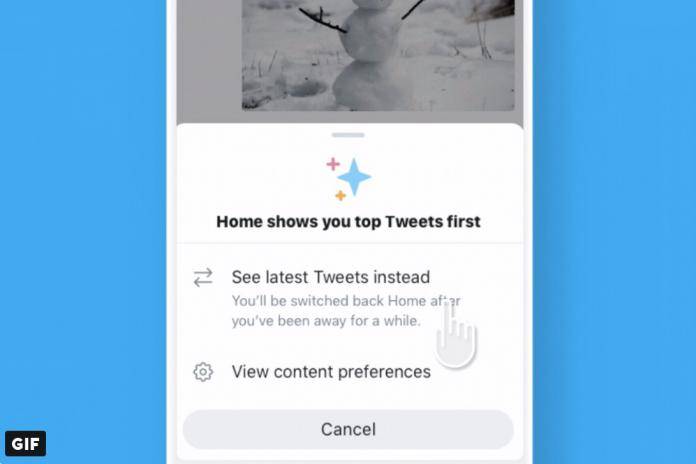 It took them almost a month to bring it to the Android app but Twitter users can finally rejoice. The option to have a chronological timeline instead of the algorithmic one that we’ve been “suffering through” for years is finally here after they initially gave it to iOS users first back in December. While it’s still not the perfect solution as it’s not exactly permanent, the fact that we now have the option to choose between the two kinds of timelines is still a very welcome one.

You don’t need to update your Twitter Android app as it seems to be a server-side update. Just open the app and you’ll see on the upper right corner a “sparkles” icon. Tap on it and it explains that your current “Home” shows you the top tweets first but if you want to switch to chronological, tap on the “See the latest Tweets instead” part.

If for some reason you find yourself already used to the top tweets arrangement, then you can always go back to it by tapping on the sparkles again and then tap on the “Go back to home” and it will bring you the tweets they believe you want to see first, even if it was from a few days ago.

However, just like with the iOS version, if you’re away “for a while” (and unspecified amount of time though), your timeline will automatically switch back to the top tweets order. This goes to show which one Twitter actually prefers you to use. But hey, at least now you have the option to see tweets as they come in.

You will still see promoted tweets either way, but that’s not as bothersome anyway as accidentally liking a tweet from your Twitter crush which he/she posted days ago and now you’re paranoid that they think you’re cyber stalking their timeline or something.

Android, we got you. Starting today, tap ✨ to switch between latest and top Tweets. pic.twitter.com/7rXo3BNEJ6