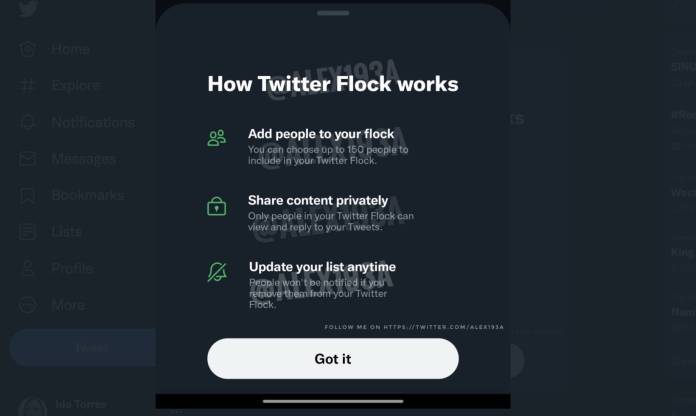 When you want to post something on Twitter, everyone who follows you will be able to see it. But what if there’s something that you need to get off your chest but you only want a limited number of people to see it? A few days ago we got news that Twitter will be calling their previously-teased “Trusted Friends” feature as Flock. While there’s still no official announcement, we got some leaked information now that it will let you create a group of “close friends” of up to 150 people.

Last July, Twitter gave us a peek into something that they were working on called Trusted Friends. Basically, the idea is to create a group with chosen followers and friends and choose to post a tweet that only they can see and reply to. For those who use Instagram, this may sound familiar as the platform currently has something called Close Friends which limits your Stories to this group when you choose to do so before you post your story.

The tweets sent to the Flock will also have a label saying something like “You can see this Tweet because the author has added you to their Flock”. To send a tweet to your Flock, you will get an audience option before you post, choosing between Everyone and Flock (although the previous UI still says Trusted Friends). There also seems to be an option to have tweets from your Flock appear at the top of your timeline.

We still don’t know when Twitter plans to roll out this feature or if it will even be actually called Flock. They recently said they will be expanding Communities so it may not be anytime soon.