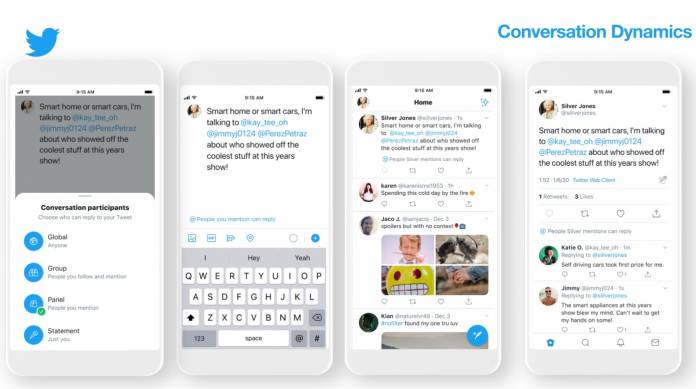 While a lot of people still generally enjoy being on Twitter, all of the users on the platform are also aware of how toxic it can be. The social media company has been trying to come up with various new ways and features to make it more engaging but also for authors and users to be able to gain a bit more control of how they interact with other users. At a media event at the Consumer Electronics Show, they announced that they will be testing out a way that users will be able to “tailor” replies to their tweets.

Twitter has been looking for more ways for users to be able to have a semblance of control over their conversations. Previously, they added a feature that can let users hide replies that they don’t want to see for some reason. Some have criticized this as actually creating an echo chamber and this new thing that they’re testing might reinforce that opinion as well. If you’re part of the test group, you will be able to choose who or which group of people can reply to your tweets.

An article on Tech Crunch shared that there will be four options in which you can tailor people’s replies or rather, who can reply to your tweet: anyone can reply, only those whom you follow can reply, only those you tagged can reply, or no one can reply at all. Some people do the “don’t @ me” thing when they don’t want any replies but of course people rarely follow. So Twitter is testing out this option to authors will get more control.

During the media event, Twitter also discussed other things that they’ll be focusing on, including Topics which they will soon be rolling out globally. They will also be adding more analytics for marketers and they will be rolling out a new platform called Launch that is built specifically for marketers that will roll out new products and services for advertisers. They are also expanding Twitter Survey globally.

They will be testing out the new tailored replies option this first quarter of 2020 but no news yet on when they will be rolling out for everyone. Let’s see how this will change the flow of conversation on the platform.