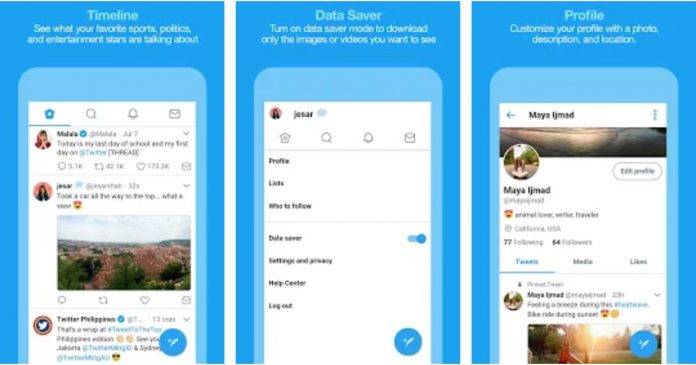 Not all countries are blessed with really fast Internet or with relatively cheap data plans. The Philippines is one such country that struggles with both, even as they are considered the social media capital of the world (mostly because of Facebook). Maybe that’s why Twitter decided to test out a new version of their app called Twitter Lite there, trying to see if it’s something feasible for the rest of the world. The “faster, data-friendly” version is currently available only in the Southeast Asian country.

Earlier this year, Twitter actually launched a Lite mobile web app that allowed users to access Twitter on their browser at a less data-hungry rate. It was targeted for emerging markets and could be accessed only through a mobile browser. It wasn’t as powerful as an actual app, but it gets the job done. But now this new Twitter Lite is a native app that users can download from the Google Play Store. But it’s still in the testing phase and is only available in the Philippines.

The app has the basic functions of Twitter, like following accounts that bring you news, sports scores, entertainment, etc. You can also view your Timeline, Notifications, the Explore tab, Direct Messages, and there are also a few customization options. It is available for devices running Android 5 and above and even has support for both English and Filipino languages. You will also be able to use it on the 2G and 3G networks.

A spokesperson from Twitter said that the country’s slow mobile networks and expensive data plans have proven to be a barrier for the social network to expand. And so they decided to experiment with the market by offering this Lite version and if it proves to be a hit, then they might consider expanding to other emerging markets as well. If you’re in the Philippines, you can download Twitter Lite from the Google Play Store.