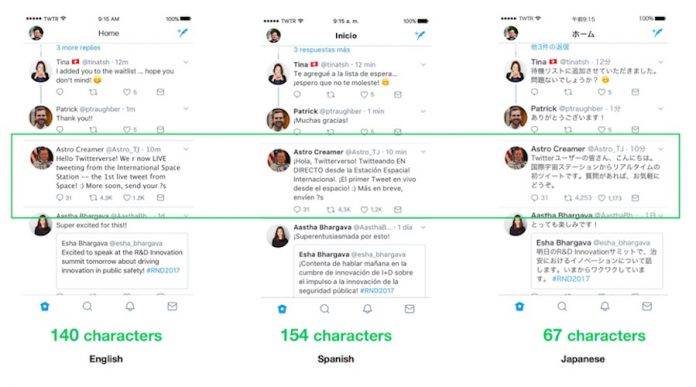 We all knew that this day would come when Twitter would finally relent and let people post more than 140 characters. Well, technically they are still testing it out and this will only be applicable to certain languages, but we know how this will eventually turn out. Twitter Product Manager Aliza Rosen announced that they will be testing out a new 280 character limit and explained what made them decide to consider removing the 140 limit we’ve gotten used to in its eleven years of existence.

“We want every person around the world to easily express themselves on Twitter,” Rosen explained in her blog post. Basically what they’re saying is that they discovered that some languages like English have trouble keeping their thoughts to just 140 characters but some like Japanese, Korean, and Chinese can easily do it because of the nature of their written language. So those three are not included in the 280-character test, but most other languages, including English are.

9% of Tweets sent in English are exactly 140 characters, which they say means that much thought has gone into editing and re-editing their original Tweet which probably exceeded that limit. Twitter also say that their research shows that markets that don’t have to cram 140 characters (and have some to spare) are seeing more people tweeting. So they’re hoping that this test will get more people tweeting in the affected markets.

This is most likely a server-side test so there’s no way to make your account part of the small group testing it out. But if you are part of it, let us know how it feels like tweeting in 280 characters.