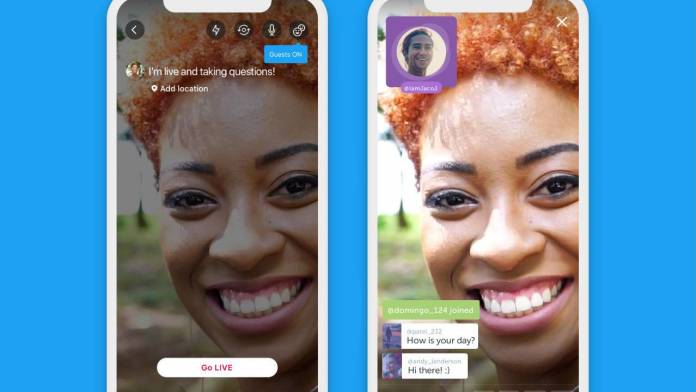 If you’re a digital creator or a sort-of celebrity, having the ability to interact with fans and co-creators is a big deal right now. You have various tools in different platforms that you can use. If your audience is primarily Twitter, then you should be taking advantage of its live video broadcast feature. Now the micro-blogging platform is adding a new feature to this and will now let you add up to three guests in your live video show.

If you don’t know yet that Google does have a live video feature, it is a tool powered by Periscope (remember that short-lived stand-alone app?) and lets you go live while at an event or when you want to do a q&a with your followers. Using it is pretty easy and you just have to tap the camera icon in the composter and you have the option to broadcast either with just audio or both audio and video.

If you’re using live video, you will now be able to broadcast with up to 3 other people. If you would like to join someone’s broadcast, you will have to manually request guest access. If they accept you, you will be added in a smaller picture-in-picture thumbnail window. The broadcaster can add up to 3 guests only and he/she will have complete control on who they want to come on as guests and when they will be removed from the live feed.

This new feature paves the way for creators to interview people they’re interested in or for celebrities to spotlight some of their fans and lots of other ways that live in real time audience participation can be used.

Go live with guests! It’s more fun than talking to yourself. We promise. pic.twitter.com/CB5qSLebwq