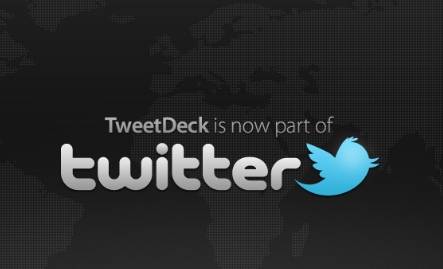 We have some sad news today from the folks at Twitter regarding the highly popular Android, iOS, and desktop client TweetDeck. After acquiring the company in 2011 and basically letting the Android app go completely neglected, Twitter today confirmed they’ll be killing the awesome app all together. They’ll remove it from the Play Store, deactivate Facebook integration, and soon remove its access completely.

I’m slowly starting to not like all of these changes and choices by Twitter. We all know the 100,000 token limit on Android apps has made many developers completely abandon their awesome 3rd party clients – which are much better than Twitter’s own – and now one of the oldest and most popular is getting pulled completely.

Falcon Pro has been struggling with the token limit. TweetLanes abandoned ship because of the limit, and that’s just the beginning. Now what is still one of my favorite Twitter apps is being shut down. Their web-based version of TweetDeck will get all of their support and attention, while the rest are completely tossed in the garbage. Stating the AIR, Android, and iOS versions will all be discontinued.

“They will be removed from their respective app stores in early May and will stop functioning shortly thereafter. We’ll also discontinue support for our Facebook integration.”

Twitter will be keeping up with their Web and Chrome app of TweetDeck and that is all. So much for enjoying multi-column, extremely clean, and user friendly TweetDeck (or TweakDeck for that matter) on Android because it will be removed in May from the Google Play Store, and then stop working “shortly thereafter.” Twitter bought the company back in 2011 and haven’t updated the Android app since, so we had a feeling this was coming, but it’s still sad to see an awesome app get shut down.

So aside from Falcon Pro, what’s your go-to Twitter app on Android?