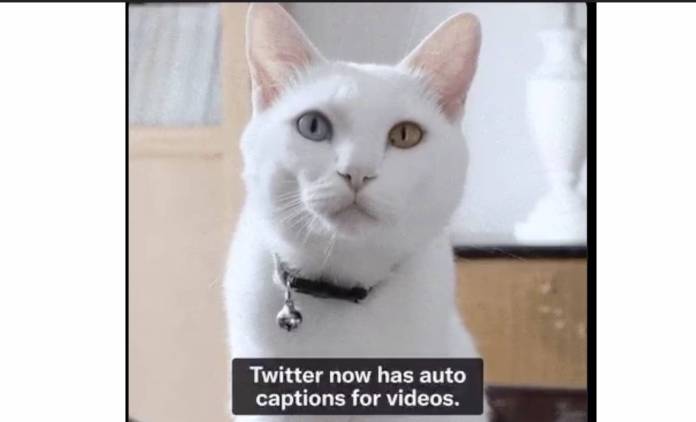 In another move to make the platform more accessible, Twitter is now rolling out auto-generated captions for videos. This will be available on both mobile and web and should support “most languages” as it will roll out globally. However, there are a few limitations and caveats for this feature, some of which will hopefully be tweaked in future updates. This is part of Twitter’s efforts to have better accessibility features after receiving criticism for not having a dedicated team which they have since then created.

Twitter says that these auto-generated captions will start appearing on new videos that are uploaded on the platform. For the mobile app, the captions will show up on muted videos. You can keep them on even when unmuted by adjusting it through your device’s accessibility settings. For the web version, you can use the cc button to turn the captions on and off. Having this feature is of course helpful for the hearing impaired as well as those users that cannot turn the audio on but would like to know what’s going on in the video.

Where are video captions when you need them? They’re here now automatically on videos uploaded starting today.

Android & iOS: auto-captions will show on muted Tweet videos; keep them on when unmuted via your device's accessibility settings
Web: use the "CC" button to turn on/off pic.twitter.com/IHJAI31IvX

One of the limitations of this new feature is that the captions are only added to videos uploaded on the platform starting December 15. This means old videos will still not have captions and that will probably not change anytime soon (unless they’re able to backtrack and auto-generate for all those previously uploaded videos). You also cannot change or edit the captions and there doesn’t seem to be a way to report inaccurate or wrong captions. Hopefully this is something they can change soon too.

When Twitter launched Voice Tweets last year, they were heavily criticized for not having captions for this feature. It was then revealed that they did not have a dedicated team for accessibility features. Since then, they’ve created two teams already and they were finally able to add captions to those voice tweets. They also had live captions included in their audio room product called Spaces. This shows the importance of having a team focused on important things like making the platform be better for all kinds of users.

The auto-generated captions are slowly rolling out to Android and iOS users as well as to the web version. If you’re not seeing it yet, you’ll have to wait a little longer but it is rolling out globally.