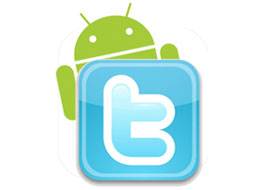 Twitter held a conference called chirp earlier today and Evan Williams announced they will launch their own Android app. Details of the app has not been mentioned, they could take over an existing app or develop their own. Since the beginning of Android, Twitter apps have been among the most popular apps available.

TwidRoid Pro is one of the best Twitter apps available and its one of the most popular Android apps on the market. There are a few others that have some nice features, the Twitter widget that comes with HTC Sense is also a great Twitter client. They have some tough competition in the third party apps but, last Saturday Twitter released very popular and highly polished Twitter application for the iPhone. This should be a free app whenever it does come to Android and from the looks of things, we may not have to wait long.

Thanks for the tip, constellanation