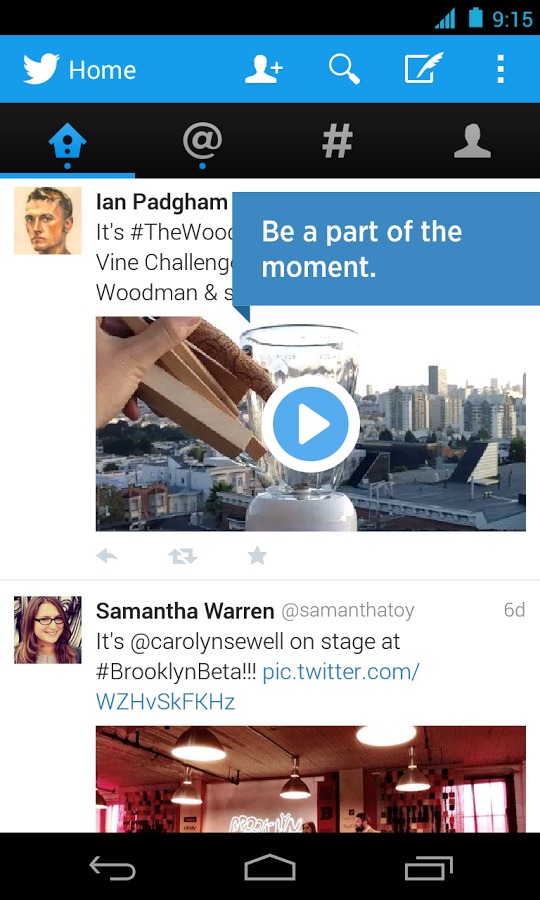 Twitter has just rolled out an update for its Android app that brings the mobile experience a bit closer to its browser counterpart. Twitter users on Android will now be able to see photos directly in their timeline and reply directly as well.

Previously, users had to tap on a specific tweet to be able to see a preview of an image, provided the image comes from one of Twitter’s supported image-hosting sites, of course. This behavior is quite different from what one experiences when cruising through Twitter via a web browser, where images are conveniently displayed inline in the timeline. Quite a number of third-party Twitter apps have already been carrying this feature for quite some time.

Now users won’t have to move away from the official Twitter app as this latest update brings in the much desired feature. But not only photos but also Vine videos can be viewed directly from within the timeline. Of course, one can still tap on the image to bring up a larger version. The update also adds a convenient feature that’s also already present in the browser version of Twitter. Each tweet now sports reply, retweet, and favorite buttons right at the bottom, making it easier to respond and interact with other Twitter users. 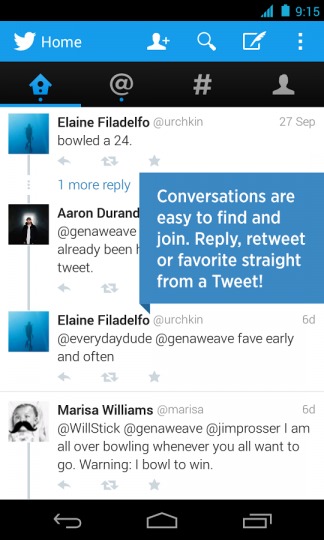 These new features might convince a few users to switch back to the updated Twitter app, which is now available for download. Those who already have it installed should be receiving the update soon if they still haven’t.