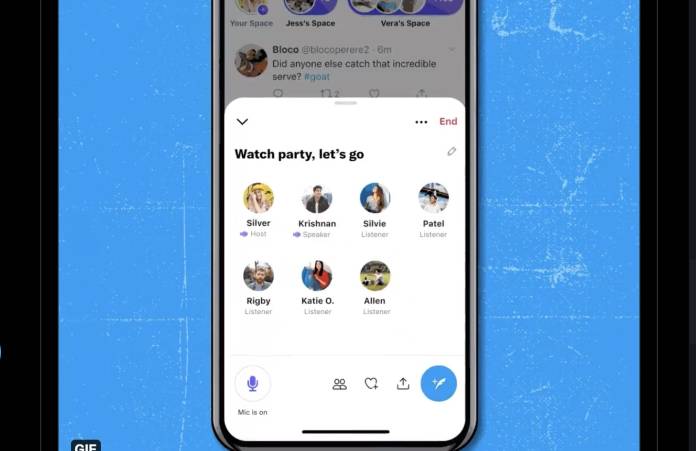 It’s been almost a year since Twitter introduced its audio-only feature Spaces that aimed to compete with new kid on the block Clubhouse. Originally they said that they would let everyone start creating their own Space by April of 2021 but that month came and went without any news. Well finally “the time has arrived” and all users on iOS and Android will now be able to host their own live audio session. This comes at a time when audio features seem to be rolling out to a lot of social media platforms.

There were only selected users and creators that were able to create a Space and host their own live audio “show” or chatroom. Users were able to join and listen in on those rooms but creating their own was still limited. But now finally Twitter has announced that all users whether on iOS and Android will now be able to host a Space. And in case you forgot how to create or host one, there’s a simple GIF to remind you how to do it.

if this is your first time hosting, welcome! here’s a refresher on how pic.twitter.com/cLH8z0bocy

Tap on the create button and now you’ll see Spaces as part of the options, alongside Photos, GIF, or the old-school Tweet. When you tap on Spaces, you’ll be asked to create a title and choose up to 3 topics on what your Space will be: Business & finance, Music, Sports, Technology, Gaming, World news, Entertainment, Art & culture, Careers, and Home & family. If it’s your first time to create a Space, you’ll be asked to test the mic.

After the testing is done, you can go ahead and start the audio chat by inviting other users to join you. You can do other new things that they previously rolled out like the ability to add co-hosts and to add up to 10 speakers. There’s also Ticketed Spaces where creators and organizers can charge a fee for users so they can join the Space. All the features were rolled out but “ordinary” users were still unable to create their own Space.

But now finally everyone who wants to create their own Space can do so on their mobile app. There’s no news yet if this will also become eventually available for desktop users.