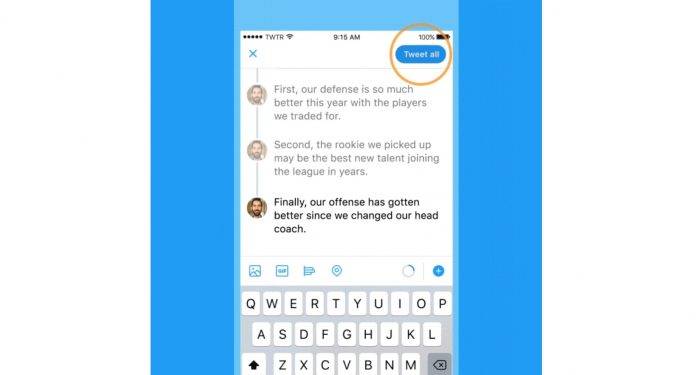 You’ve seen those series of tweets from celebrities or friends, when 140, oooppps we mean 280, characters are not enough. Whether it’s a tirade about an issue or a funny or touching story that they’re telling, Twitter threads are a good way to express your thoughts or tell a story. And now, Twitter is making it official by introducing a new tool that will make it easier to both post and read threads. Oh, and they’re still calling it threads to avoid any confusion.

So whenever you feel like you’re going on an epic Twitter thread, you can now officially create a thread by clicking the plus button on the composer so you can connect your tweets together. You can actually finish writing all of your tweets first, before deciding to publish it all at once. And even after you post it, you can continue adding tweets in case you still have some thoughts on your mind or if it’s an ongoing live tweet thing. Just click on the Add Another Tweet button.

For those who are just reading the tweets, it’s now easier to spot thread because they now come with a “Show this thread” label. You can now read the series of tweets in the order intended by the one who posted. Previously, this caused some confusion because sometimes tweets would not appear in chronological order.

This new official thread tool will be rolling out to users on both the Android app and the web version over the next few weeks. Twitter clients would eventually get them too probably.