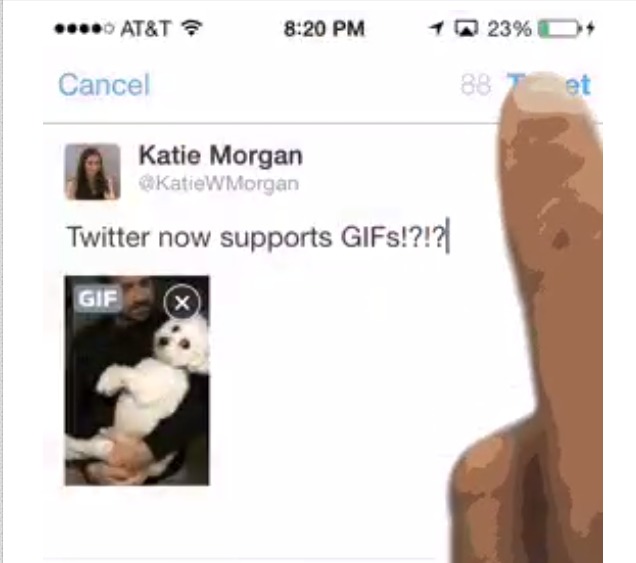 Did you ever want to respond to a tweet not with words but with a funny, moving picture? Have you always wanted to post the funny antics of cats to help cheer someone up on Twitter? Well finally, the micro-blogging giant is now supporting animated images continuously looped, more popularly known as GIFs, on their web and mobile apps as well.

Twitter made the announcement through their official account earlier today that users can now post, view and re-tweet the animated GIFS on their web app and on both Android and iOS devices. This caused a flurry of animated animals, celebrities, embarrassing moments and funny faces to flood people’s timelines, to the delight of some and to the annoyance of many.

They may be years late compared to other social media sites and blogs, but it is still a welcome development for the users who believe images are more powerful than 140 characters. However, unlike with sites like Tumblr, where the GIFs are on a constant loop, on Twitter, you still need to push the play button to “activate” the animation. You can upload your GIF just like you would any other picture and this has become the first video-type content that users can post and share. Previously, you could only share videos if it was through the URL of other sites like Vine or YouTube.

It is still only available on the web desktop and mobile phone versions, and not with third-party apps like Tweetdeck and Hootsuite. Tablets also don’t support GIFs yet, but pretty soon, they would probably extend that to all of them as well.