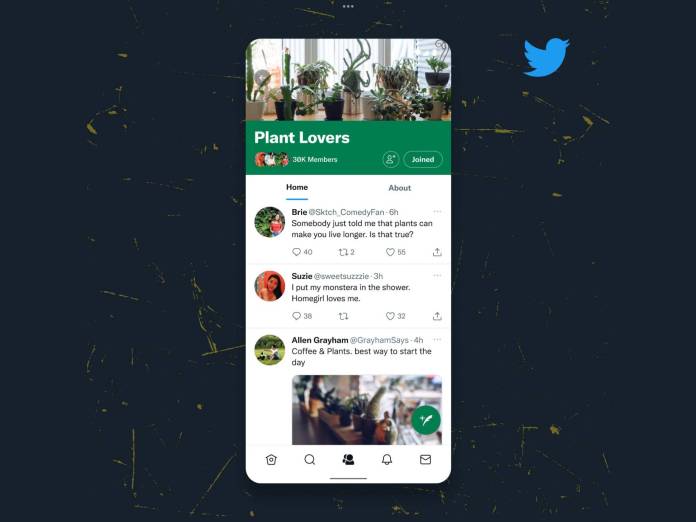 A few months after Twitter officially rolled out its new Communities feature to iOS and web users, those on Android devices can finally now join in on the community fun. Those who are on the latest version of the app will be able to join and engage with the Communities that they’ll join in. Once they are part of their first one, a new Communities tab will show up in the navigation bar, making it easier to switch to the things that they joined in from the regular Twitter feed.

If this is the first time you’re hearing about Communities, it’s basically similar to a Facebook Group. You join or form a community for a specific interest, like Formula 1, Fortnite, Fashion, Plants, Harry Potter, etc. This way you can connect with others on Twitter to discuss your topic of choice rather than on your main feed with the people that you follow or who follow you. The tweets themselves from Communities are public but the replies and interaction are between community members only.

if you’re on Android, you can now engage in Communities via the Twitter app (make sure to update to the latest version!) pic.twitter.com/jHIhngixKD

While Twitter said there are new Communities launching every week, discoverability still seems to be something they need to work on. Currently, it is practically impossible to search for one. You will have to wait for someone to invite you to a community that they formed or are part of. Once you’re part of one, you get to invite up to 5 more members. There are also those with open membership where anyone can join but there doesn’t seem to be an easy way to search for one.

Only when you’re already part of a Community will you see the Communities tab appear on your navigation bar. Once you tweet into your group, the Community Tweets will not be sent into your followers’ timelines but all tweets from members will only be visible in the Community itself and also interjected into the timelines of members. Anything you post there will also not appear in your Twitter profile.

Now that Twitter Communities are finally available for Android users, we’ll see if it gets more traction. Discoverability and searchability definitely need to be improved if they want more people looking for Communities, especially the ones with open membership.