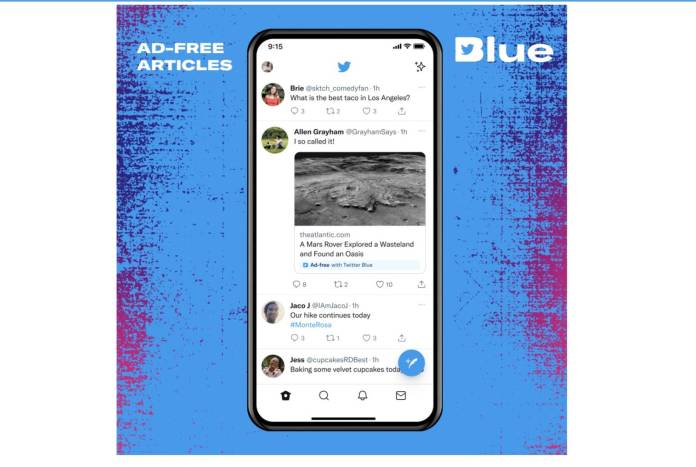 After several months of pilot testing in Canada and Australia, Twitter is now expanding its subscription service called Twitter Blue to two big markets: the U.S. and New Zealand. Aside from the features that were previously available, they have also added a few more new things that users in all four markets will be able to enjoy. However, most of these new features seem to be available for iOS and web first but will be coming soon for Android users as well.

One of the new features that they’re rolling out to the Blue is reading ad-free articles. Twitter acquired ad-free reader service Scroll last year and this is the “result” of that buy. You’ll be able to go to sites like The Washington Post, L.A. Times, USA TODAY, The Atlantic, Reuters, The Daily Beast, Rolling Stone, BuzzFeed, Insider and The Hollywood Reporter and read articles without the distractions of those pesky ads.

For those who enjoyed the Nuzzel newsletter, which was previously owned by Scroll, that collates popular articles you might find interesting int one place, you’ll get Top Articles. It’s basically a newsfeed that includes the most-shared articles from the accounts you follow and your entire Twitter community over the last 24 hours. Top Articles is available for Android devices but the ad-free reading experience is only for iOS and web for now.

Blue subscribers will also now be able to customize their Twitter experience by adding exclusive icons and colorful themes as well as Bookmark folders. Custom Navigation is a new feature that will let you customize what you see in the navigation bar so you’ll be able to quickly access the parts of Twitter that you want to access. The customization is currently available for iOS users only. Even the experimental features in Twitter Blue Labs are not for Android users just yet and there’s no news when it will be available there.

These new features join previous ones that were available at launch like Undo Tweet which is no edit tweet but may be the next best thing. Reader is another useful feature that turns long threads into an “easier-to-read experience” aand lets you change the text size as well. Twitter Blue is available for $2.99 per month in the U.S. aand NZ$ 4.99 in New Zealand.