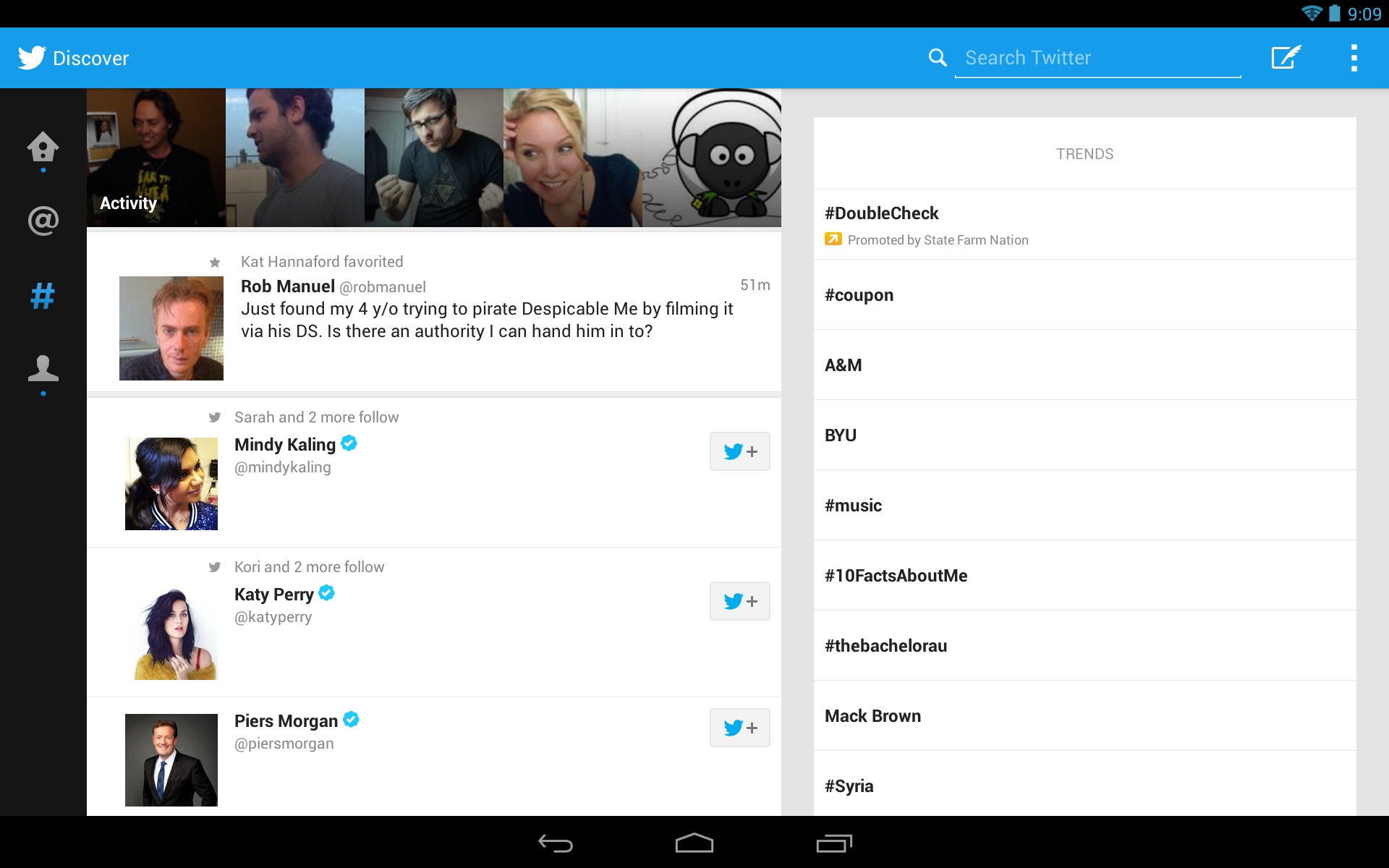 Last week at the annual IFA conference in Berlin, Germany, the folks from Samsung showed off and announced a new Galaxy Note 10.1 2014 edition tablet. Along with improved specs and a decent slate, a few eagle eyed viewers found a surprise. What was that? An official Twitter tablet-optimized app. Something that should have been released 2-3 years ago.

We’re huge fans of Twitter here (follow us at @Androids) but we’ve been waiting far too long for an official app that worked as expected for tablets. I mean this is Twitter, and Android is the number one mobile OS in the world. You’d think if they block 3rd party developers from building apps, they’d at least make a good one themselves.

At first reports of a mock-up started swirling, but this weekend the German site AndroidNext got their hands on the actual APK. Available below is the official tablet-optimized Twitter app for Android. Don’t get too excited though, because it still needs some work, but we’ll take what we can get. 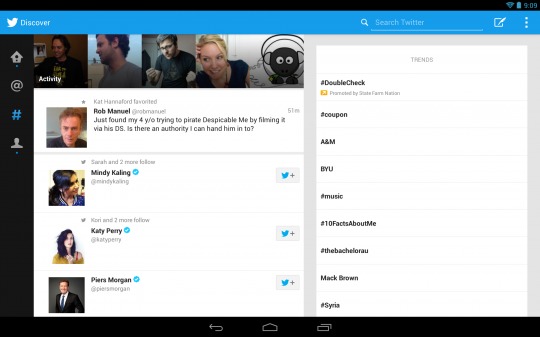 Initial reports are stating this will install over the original version, not a standalone tablet app. Then, it appears to work best with 10-inch slates, and our Nexus 7 isn’t 100% perfect, but certainly better than what we had before. Which was nothing. So, get excited because it looks like a realistic option for tablets is finally coming soon from Twitter. Grab it below and enjoy.