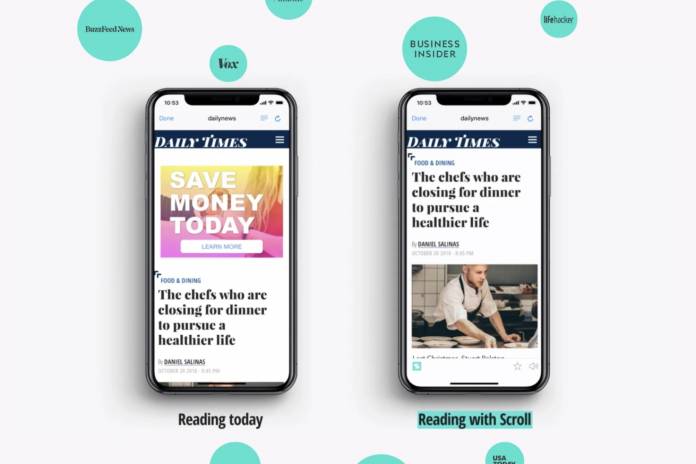 Twitter has been on an acquisition spree as it keeps buying some tech companies which may give us an idea as to their future plans for the social media platform. Their latest acquisition is a subscription service called Scroll which will probably help in the development of their reported new subscription plan. While Scroll will be continuing as it is for now, their other service Nuzzel will be winding down in the next few days as Twitter will brings its core elements over time.

If you don’t know much about Scroll, it’s a pretty ingenious hack as per The Verge for those who don’t want to pay for news subscription fees. Well you still need to subscribe to Scroll for $5 a month but once you do, it uses 3rd party cookies or browser extensions to somewhat block ads when you visit news sites. A portion of your subscription actually goes to those participating websites and apparently, they earn more from this than from actual subscriptions.

Scroll will no longer accept new signups but they did say that nothing will change for existing users. What will be sunsetted is their other service, Nuzzel. This one sends daily emails of top stories in your Twitter feed. But the service will shut down by May 6, with the promise that its core elements will eventually make its way to Twitter. No timeline has been set for that so if you’ve been using Nuzzel, you’ll have to find a different service.

Scroll CEO Tony Haile says that one of the reasons he agreed to sell the company is that “Twitter’s ambitions are larger than people suspect.” What we know right now is that Twitter is working on a subscription service. That’s it. We don’t know what this will entail and other details like cost, mechanics, long-term vision are still unknown at this point. We don’t know how acquisitions like Scroll will fit into the whole thing as well.

Twitter says they are still in the early stages of developing this product so they can’t share any specific details just yet. The possibilities are endless in developing subscriptions, bundles, monetization for creators and other news reading services so let’s wait until they are able to share more.