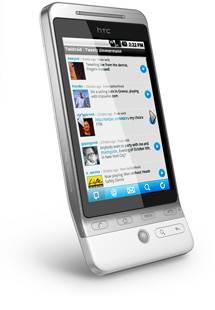 One of the things that many smartphone users do with their devices is ‘talk’ with other people using a twitter client. On Google’s free mobile OS, many are using Twidroid, which today, has released the new 3.0 version, with various new features.

One of those new features is one that many were waiting for, threaded conversations, which, works a la Palm Pre style, according to some users. Other important features that you will find on this latest 3.0 version are time saving, for example, now you can bring up a tweet box directly by typing @, and it autocompletes usernames for timeline and replies.

Twidroid is available as a free and commercial pro version, if you are not familiar with it and like to find out more about it, click here. Below, you will find all the new features for the 3.0 version of Twidroid. You also will get a glimpse into the future release of version 3.1.