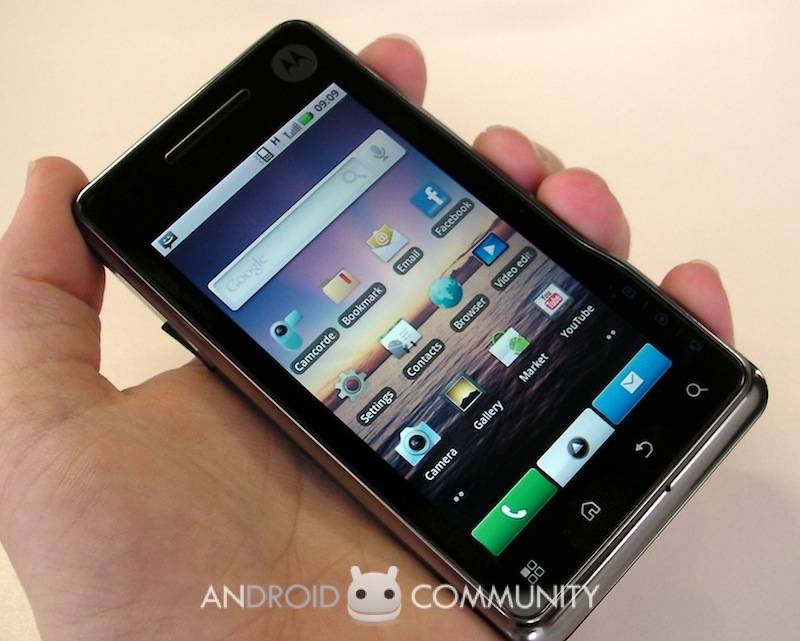 Motorola intends to launch a total of twenty Android-based devices in 2010, the company’s director of marketing for their mobile devices business has revealed, though not all of those handsets will necessarily hit every region.  Tom Satchwell, who heads up the company’s marketing for all mobile devices, confirmed their ambitious plans at the Motorola XT720 launch today, as well as explaining how momentous a change was involved in shifting Motorola’s loyalties to Android.

In fact, that change has perhaps proved too swift for the carriers to keep up.  Like the Motorola MILESTONE – the European version of the DROID – the XT720 will initially launch via distributors as an unlocked handset, rather than through the carriers.  Motorola wouldn’t – or couldn’t – tell us when carrier availability might happen.  The risk they run is that consumers simply won’t hear about the new devices, since they’re not on show in the usual highstreet stores.

Still, we’re not going to argue with more choice in Android, and Motorola are certainly pushing the boat out when it comes to form factors and software builds.  Unlike HTC, who told us they don’t intend to launch a non-Sense Android device (at least not with their own branding), Motorola are still planning to release handsets with and without MOTOBLUR.  They’re also experimenting with the high-end features some users are now looking for, such as Xenon flashes with high-megapixel cameras.  Satchwell unsurprisingly wouldn’t reveal what’s next on the Motorola roadmap, but halfway through the year and there’s still plenty to see.

Update: Motorola have been in touch to clarify Satchwell’s comments.  It turns out that, rather than 20 new phones being released in 2010 alone, he meant there will be, by the end of the year, a total of 20 different Motorola Android devices since the company’s first models in 2009.