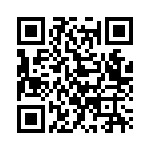 Tweetdeck is one of the most popular Twitter applications for Android, with just under a month under it’s official release, it’s received an update that address a few issues. Now version 1.0.2, a few fixes have been added to the slick application.

Among the changes comes some improvements to how it handles the adding of Facebook accounts. Users should no longer have trouble adding their Facebook account for use within Tweetdeck.

The update is available now in the Android Market: