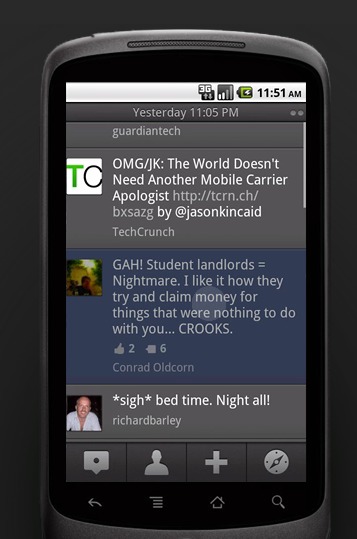 TweetDeck beta 1.0.6 for Android has been released, for those at the very cutting edge of mobile social networking. The new release sees the friend database code rewritten for boosted performance, Facebook photos changing automatically within the app when a user’s profile is updated, and the ability to see full-sized profile pictures within the app.

Meanwhile there’s also a shift to Foursquare’s v2.0 API, which should mean less data used in the process, and various fixes including how dates are formatted. You can download the APK file directly here.