If you go to several websites regularly or use a lot of services that require you to have passwords, having a password manager is an important thing. If you’re looking for one that shouldn’t cost you anything (at least not just yet), popular VPN service TunnelBear has released the beta version of their new password manager which is of course named RememBear. The service currently works on mobile Android devices as well as native applications for your Windows and macOS laptops and desktops.

The app and service works like other password managers like LastPass, 1Password, Dashlane, etc. it generates and stores all of your passwords in a vault and that uses end-to-end 256 bit encryption so only you will have access to your passwords and not the service itself. Since it generates strong and unique passwords for your various accounts, the chances of you getting hacked is significantly lower. RememBear is also independently audited so that it will meet the highest security standards.

But because RememBear is still in beta, the features aren’t that complete and robust yet. It doesn’t have the ability to categorize your passwords, which is pretty important for those who have a lot of passwords to manage. It also doesn’t support yet Android Oreo’s Autofill API but we’ll probably eventually see that and more later on.

The good news is that since it’s still in beta, the service is free. TunnelBear, which was acquired by McAfee already if you didn’t know, still hasn’t said how much it will cost once the service goes full blast. For now, you can download RememBear from the Google Play Store for free. 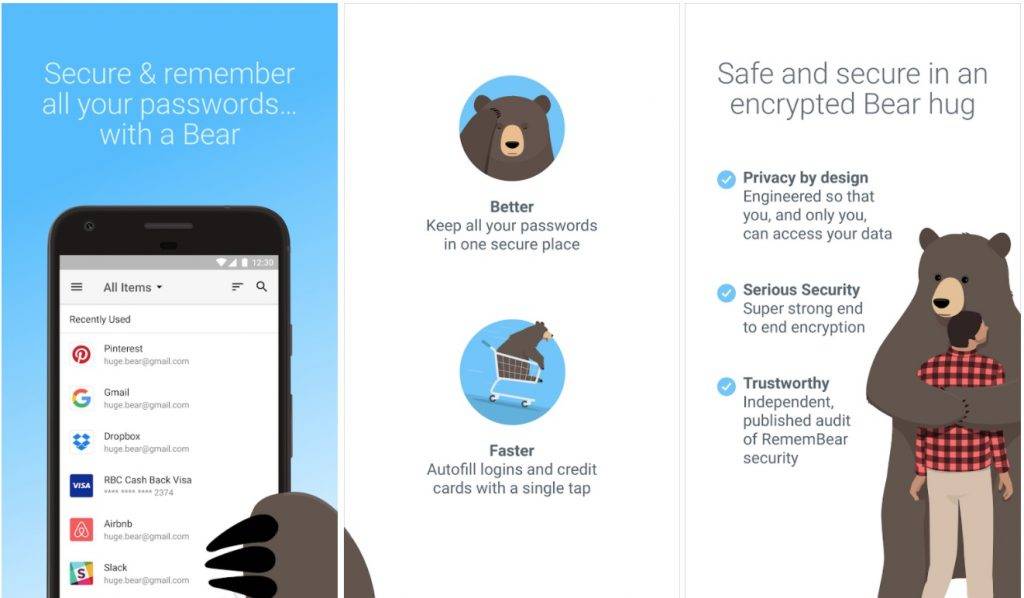