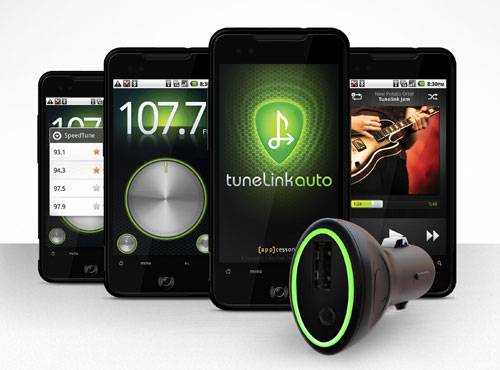 New Potato Technologies has announced a new product for Android users. The new product is called the TuneLink Auto for Android and it is a wireless Bluetooth to FM and direct connection in-car audio solution for Android devices. The FM transmitter and Bluetooth potion of the system is a DC adapter that plugs into your car power port.

The FM transmitter that you plug into the power port also has a USB port on it to allow you to directly connect to the adapter for charging your device on the go. The FM turner portion of the device is controlled by an app that you download free from the Android Market.

If you have multiple Android devices in the vehicle the FM adapter’s Bluetooth capability allows the connection of multiple devices to the transmitter at one time. It also has an aux output for directly conencting to your car stereo. The TuneLink Auto for Android will hit stores in mid-January for $99.99.