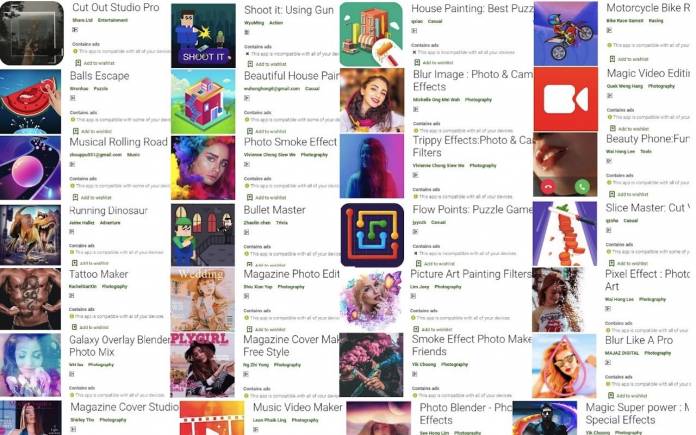 Trend Micro regularly reports newly-discovered vulnerabilities. It is a must that we read any new information and follow the recommendations. It was only last August when the firm found out photography and gaming apps that work as adware. That was almost half a year later since some beauty camera apps were discovered to be malicious. They were then deleted from the Play Store. We also remember the Anubis-related malware apps and some game, TV, and remote control apps disguised as more adware.

Last week, Trend Micro sent out a report about adware apps that come with optimized evasion features. They found the apps listed on Google Play. There are about 49 adware apps that pose as stylized cameras or games.

This kind of adware is nothing new. Such apps are typical of adware. They hide within phones to show apps. They also use evasion and anti-uninstall functions to be kept from being removed from the device.

Don’t worry, Google has already deleted the apps on Trend Micro’s list so you won’t get to download any of them. It’s unfortunate that those 49 apps have been downloaded three million times already.

Trend Micro won’t stop checking out apps for adware or malware. It is a fact that Android is not that safe so once some anomaly or vulnerability is reported, devs look into them to see what’s behind an app, function, or bug.

Adware apps are annoying. Mobile companies see them as a big issue that must be prevented. There are measures to keep phones private, safe, and secure but the platform isn’t perfect. It won’t be so regular checking and update must be done.