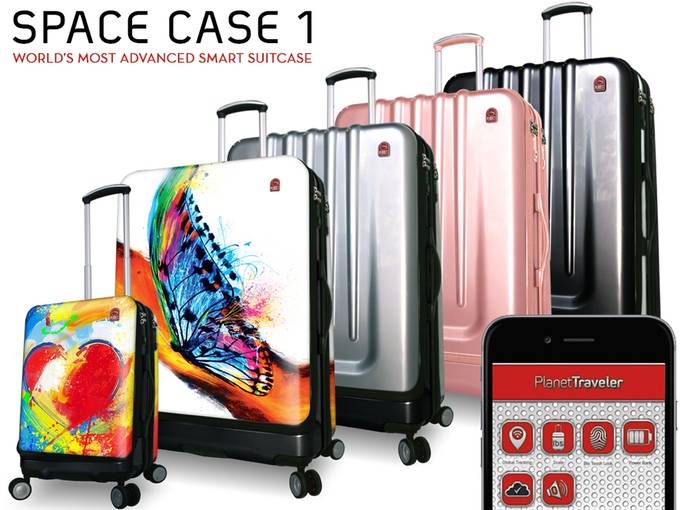 You knew this day was coming. With everything else you’re wearing or things around you turning into smart, connected devices, it was only a matter of time before even your suitcase would have to go digital. A Kickstarter campaign is raring to bring you their Space Case 1, which claims to be the “world’s most advanced suitcase”. It just doesn’t serve as storage for your clothes and other things, but it can also be a speaker phone, a power bank, an anti-theft detector, and most of all, you won’t lose it. Hopefully.

We don’t need to highlight anymore how much space is in the luggage itself since we already know that you can place all your basic necessities in there. What’s remarkable about the Space Case 1 is that its features and functions make it a smart (and secure) companion as you travel and even going beyond the call of duty of a simple suitcase. It has a digital self scale to make sure that you will not go beyond your baggage allowance. You wouldn’t even have to lift the case to find out how heavy it is. It can also serve as a power bank, with 15,000 mAh, enough to charge the average smartphone over 7 times. The smaller, check-in size though uses normal alkaline batteries but you also have an option to purchase the hybrid, a 15,000mAh power bank you can attach to it for non-plane travels.

In terms of security, on paper, you will never lose this case again as it has several security measures. First of all, it has a digital bio lock with a biometric scanner and only your finger (or the mobile app) can unlock it. And just in case your luggage gets separated from you, it has a Global Tracker which will let you know where it is through the Global Tracker app. It also has a Proximity Sensor that will send you an SMS once the case is in the carousel already or near you. And if it leaves the area (without you), you’ll receive a notification and an alarm will sound as well.

The campaign has more than reached its goal of $50,000 and the only slots left for your pledge are those $279 and above. There are still 16 days to go so if you want to support it, you better hurry.