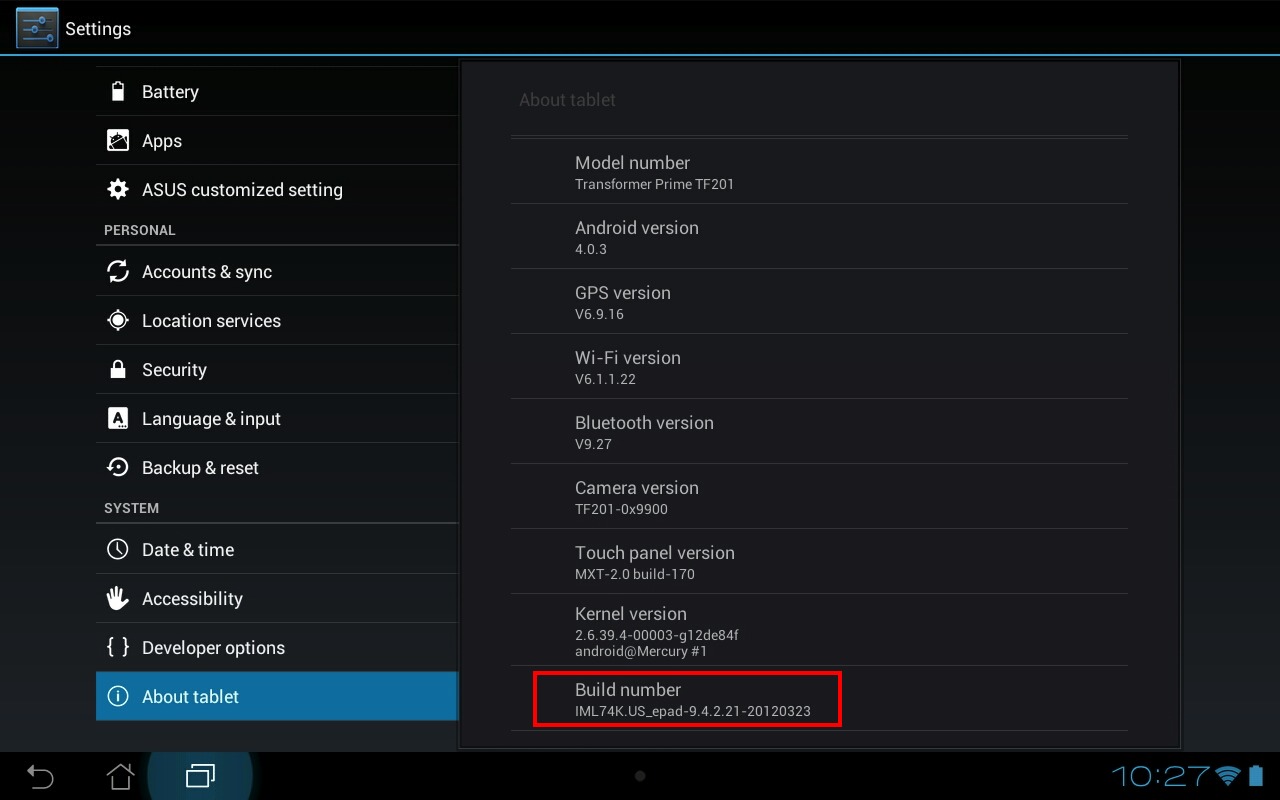 Earlier this week ASUS informed everyone that another update would soon be rolling out for the Transformer Prime quad-core tablet. Teasing that it would bring “awesome” features to the device. We’ve been on Android 4.0 Ice Cream Sandwich for months with this tablet, and it has seen a good 4 incremental updates since then or more. Today we can confirm the newest release is rolling out to devices as we speak.

I wish other tablets were updated this fast. The update for the Transformer Prime should have introduced a few new features to the tablet. One being the face unlock feature from the Galaxy Nexus – according to what ASUS said yesterday. We’ve received the latest update for the Prime this morning with the latest version 9.4.2.21 and the build date is March 23rd, but the new face unlock feature doesn’t seem to be present anywhere that we can see — including the usual places. ASUS said we’d get face unlock, new lockscreen notification options, Ethernet support with a USB converter and more but I’m not seeing these changes.

I do have an updated build version for both GPS, and WiFi again, as well as the new build #9.4.2.21 that was said to have all these features. This update made some changes to GPS and WiFi again so hopefully we see some improvements in that area. For now we’ll have to wait for another update, or a comment from ASUS because face unlock is missing for me. These aren’t a huge deal, but to announce them as coming and then not add them to the release seems silly.

Update: We do have the new lockscreen notification controls, but no face unlock.

Has anyone else got the newest update rolling out today? Are you seeing the “awesome new features” promised by ASUS earlier this week? Let us know in the comments.