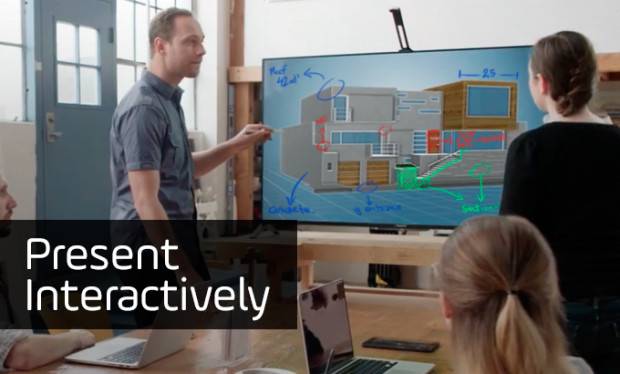 Honestly, I thought of something like this new Indiegogo project called “Touchjet WAVE”. The idea isn’t entirely original as we’ve seen similar technologies and mechanisms but the team behind it was brave enough to try and fully launch the campaign via a crowdfunding site, hoping that it will become a reality. And with the $100,000 fund goal about to be reached with still 30 days left before the deadline, there’s no doubt consumers will receive the Touchjet WAVE in time.

Touchjet WAVE turns your digital TV into a giant touchscreen slate. Don’t tell me you haven’t thought about this idea where you can download apps and use them on TV as you would on your phone or tablet. The touchscreen technology has not reached its peak yet but it’s definitely efficient and reliable these days. You can use your fingers or even a stylus to control the screen or even your good old remote control with the WAVE.

The Touchjet WAVE is a small device that you can snap on or clip on top of your TV then plug into the HDMI port. It runs any Android app and easily connects to your WiFi network at home. Device is powered by Android 4.4 KitKat with Touchjet UI. It needs a compatible Touchjet Media Sharing and Remote Control App to work.

You can donate as little as $5 or as much as $9,999 if you think that this Touchjet WAVE needs to be out in the market. The prices below include what you can get for a price should you decide to be a generous backer. 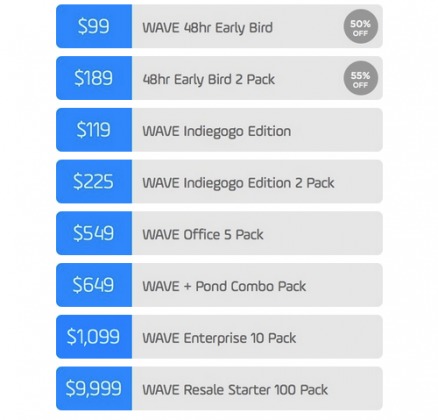 How does the WAVE really work? It’s really simple: the device uses infrared technology to track finger movements and taps down across the TV screen. Data tracked is then sent to the light processing unit (LPU) of the WAVE that translates such inputs into gestures the Android system can read.

This Indiegogo project is estimated to be delivered in April 2016. As soon as the funds are ready, the developers will work on the final design for engineering, design, and production validation testing before mass production starts in January. Indiegogo backers will receive their WAVEs first in March before the global launch the following month.