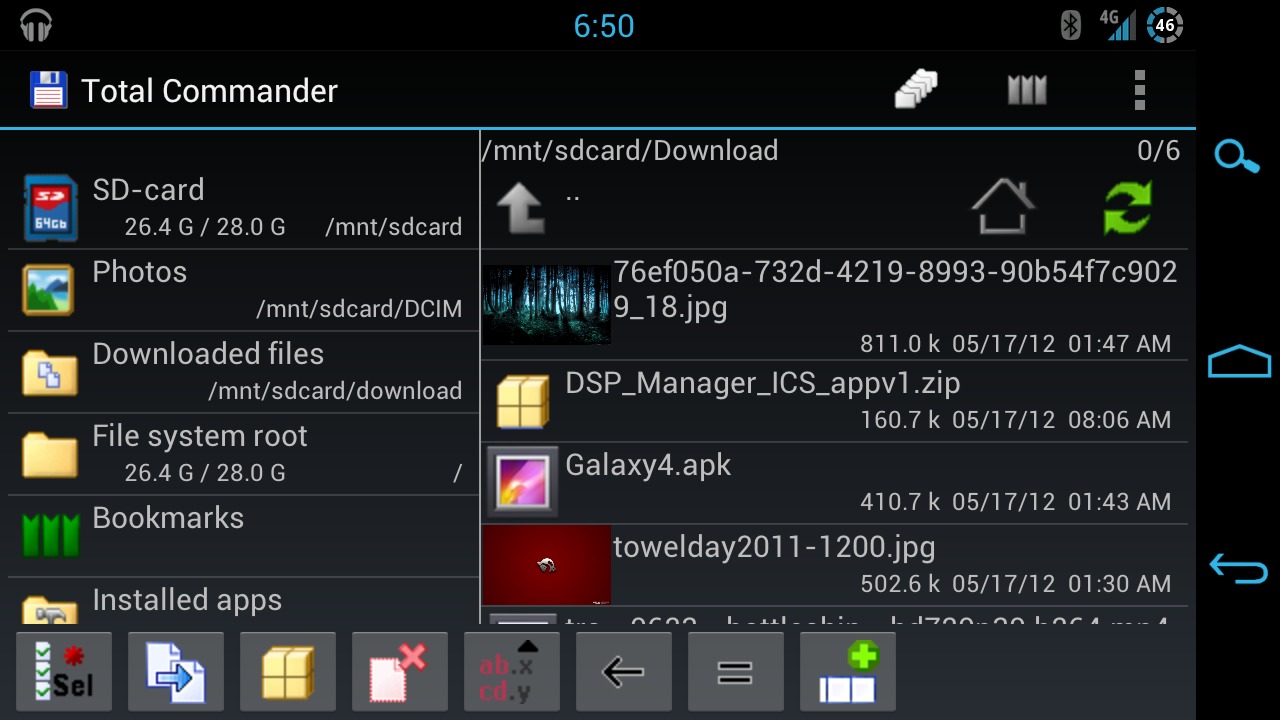 If you’re a Windows junkie like me, you’ve probably heard of Total Commander at least in passing. Though it’s been in development for what seems like ages, the popular file manager has finally graduated to version 1.0 in its Android port. You can download the app from the developer’s forum here – unfortunately it’s not yet on the Google Play Store.

For the uninitiated, think of Total Commander as an alternative to that old favorite Root Explorer. There’s three crucial differences between that app and this one: Total Commander is more powerful, admittedly uglier, and it’s absolutely free – it has been since it was introduced on Windows and later WindowsCE and Windows Mobile. I must admit that the interface is pretty awful, but then, power users won’t be too concerned by that.

Total Commander supports all the bells and whistles of most advanced file managers, including support for compressed files. It’s also got something that most others don’t: a dual-pane view, perfect for moving lots of files around quickly. To activate it, just tilt your phone into landscape mode. This feature works great on high-end phones with 720p screens. Total Commander can also use root permissions – check the settings menu.