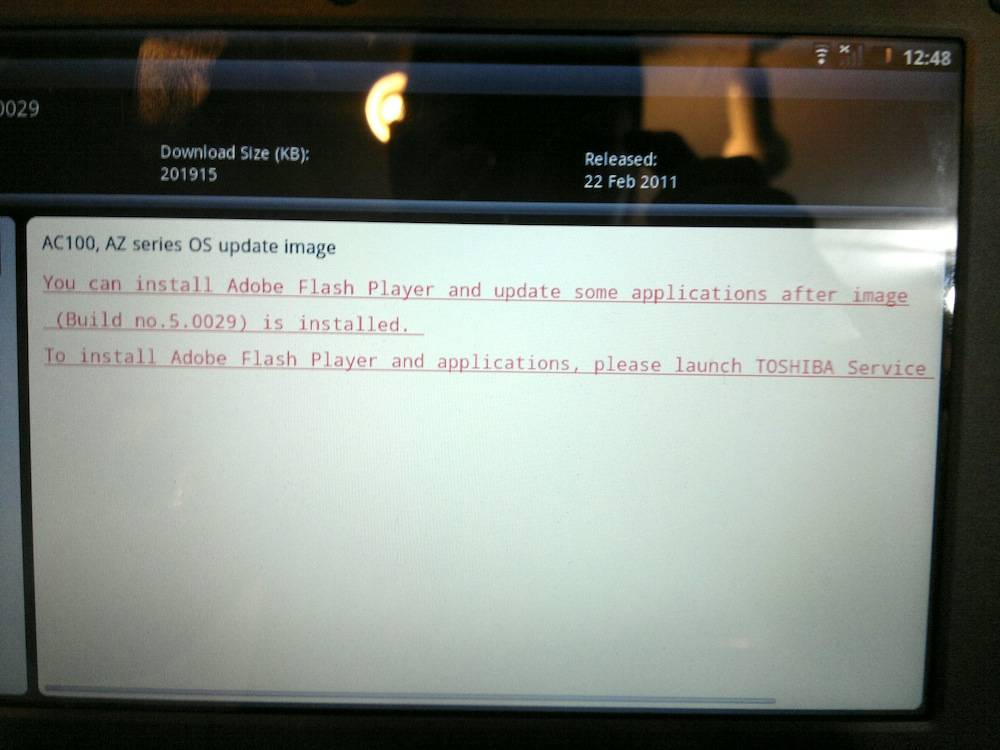 Toshiba’s Froyo update for the AC100 smartbook has been released, bringing Android 2.2 along with Flash Player 10.1 support to the Tegra 2 based ultraportable. Spotted by owner Steve Paine (of Carrypad fame), the 202MB update was pushed out this morning via Toshiba’s official software upgrade tool.

It replaces the Android 2.1 Eclair OS the AC100 launched with back in the second half of 2010, and will hopefully add up to a new turn of speed for the 10-inch ultraportable. Without a touchscreen, many of the original complaints about the AC100 will still stand, but at least it shows that Toshiba hasn’t forgotten completely about the device.