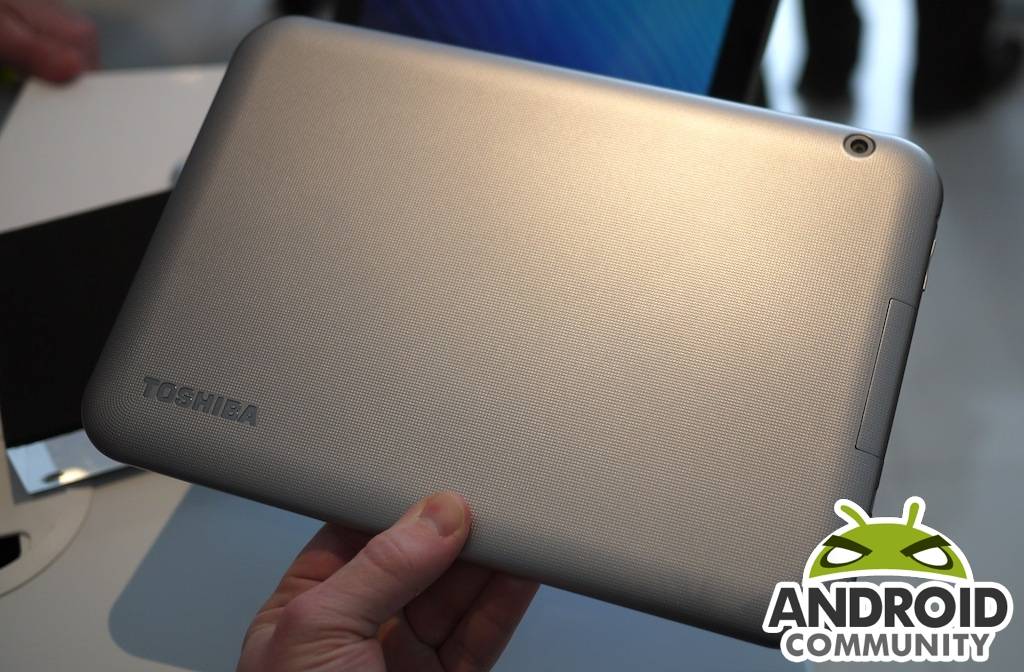 Toshiba unveiled a trio of tablets back in June and as of today it is looking like they have at least one more currently in the works. The details are still on the lighter side, but they are coming as a result of some benchmarks. Specifically, the Toshiba AT7-A tablet has recently been spotted on the GFXBench site with details of the processor, graphics and display.

According to what we are seeing, the Toshiba AT7-A will be running Android 4.2.2 Jelly Bean and sporting a 7-inch display with a resolution of 1024 x 600. The tablet also looks to be powered by a 1.6GHz processor with ARM Mali-400 graphics. Sadly that wraps up just about all the details that have been revealed on this particular model.

We haven’t seen anything official from Toshiba just yet. With that in mind, we would obviously still like to see the remaining specs, but we are also curious to see where and when this tablet will be available. Not to mention, how much it will be selling for once available. 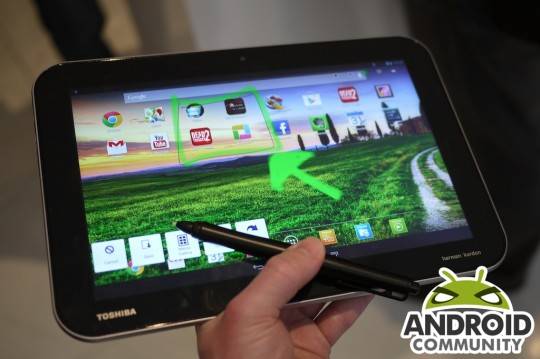 On the flip side, we do know those previous Toshiba tablets (one of which can be seen above) are all 10-inch models. That last bunch included the Excite Pure, Excite Pro and Excite Write and they were all sporting Tegra processors. These tablets came available back in late-June and were priced at $299.99, $499.99 and $599.99 for the Pure, Pro and Write respectively.

Some of the other highlights of those models include the pen support on the Excite Write. This tablet looks to have been aimed at the Galaxy Note and also features goodies such as a 2560 x 1600 display resolution, quad-core Tegra 4 processor, 2GB of RAM, 32GB of internal storage and an 8 megapixel rear-facing camera. We also managed to spend some hands-on time and those images can be seen in this earlier post.