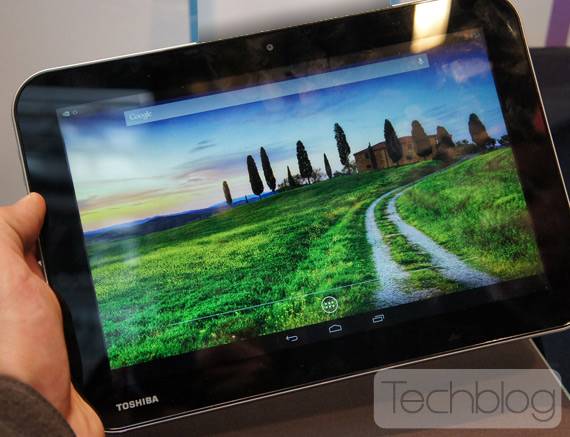 Following a previous AnTuTu benchmark discovery of the Toshiba AT10LE-A tablet, it looks like the device has once again surfaced. This time however, as opposed to simply seeing a benchmark report, we are being treated to some images along with some specs and other details. Basically, it is looking like the AT10LE-A tablet will be powered by a Tegra 4 processor.

That said, this tablet is expected to arrive sporting a 10.1-inch display and running Android 4.2.1 Jelly Bean. Touching back on the processor, these leaked images are showing that as running at 1.8GHz. Along with the images came word that this particular tablet will be a higher-end device.

That comment wasn’t clarified, however it could be due to the processor and the keyboard dock. At this point, it appears as if the AT10LE-A is shaping up to be a decent tablet. Of course, we have not yet seen anything official from Toshiba. Other details include the tablet having a memory card slot, mini HDMI out, stereo speakers and an external keyboard. 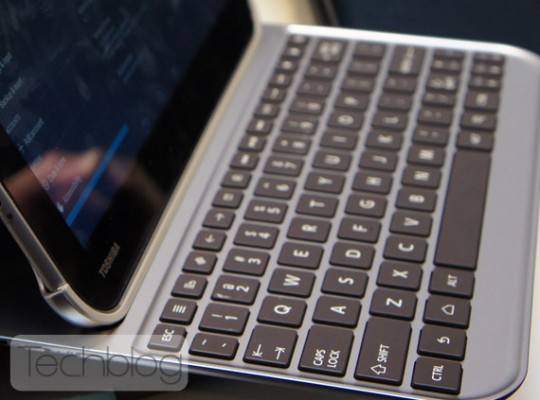 While an official announcement obviously still needs to be seen, at the moment it appears as if we are just beginning to get a solid picture of what we can expect from the Toshiba AT10LE-A tablet. We do have to wonder what will come next though — will it be an announcement or another leak.