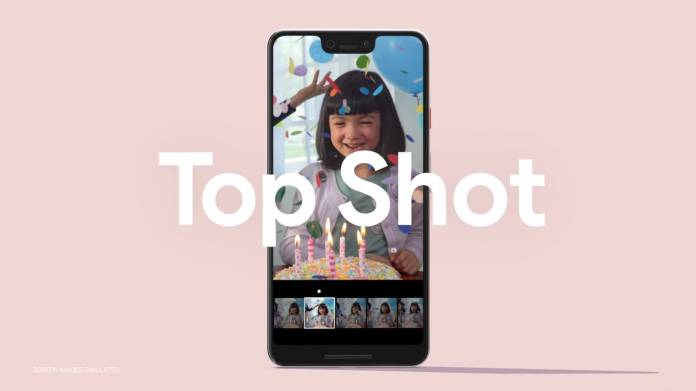 If you find yourself in a situation where just one photo will not do, like your subject is moving (or you’re moving) or you need to take several good pictures just to be sure, Pixel 3 devices have an AI feature called Top Shot. Basically, it tells you to save a better photo than what you already took and saved. Of course, you needed to enable Motion Photos so it could take the moments before and after you tapped the shutter. Now owners of Pixel 4 and Pixel 3 devices will also get it for short videos.

Top Shot made its first appearance with the Pixel 3 devices and it was only applicable if you had Motion Photos enabled. But with the newly-announced Pixel 4 and the Pixel 3 and 3a, it will also be available with something they call “short videos”. You are able to take short videos by tapping and holding the capture button. Previously, that was called a Smart Burst and would take a series of full-res photos. That was eventually removed and this short video seems to be its replacement.

Android Police has some tips for taking time-sensitive snaps. They say if you’re already sure you’ll be able to take pictures with the correct timing, just enable Motion Photos and then use the Top Shot feature as a backup. The pics that you’ll be able to get from this are at 2048 x 1536 resolution. But if you’re not sure if you’ll be able to do so, better use the short video function by tapping and holding the capture button. However, the shots saved from this are just at 768 x 1024.

So since that latter option will give you not so great quality options, you should just tap the shutter button repeatedly and get full resolution photos or just take a 4K video and then take screenshots from there. You just have to be prepared so you can immediately adjust your photo or video settings to still capture that moment you want to preserve.

Top Shot for short videos in Pixel 4 and Pixel 3 devices is still not showing up for users right now but expect it to roll out soon. In the meantime, start figuring out how best to get those time-sensitive photos.