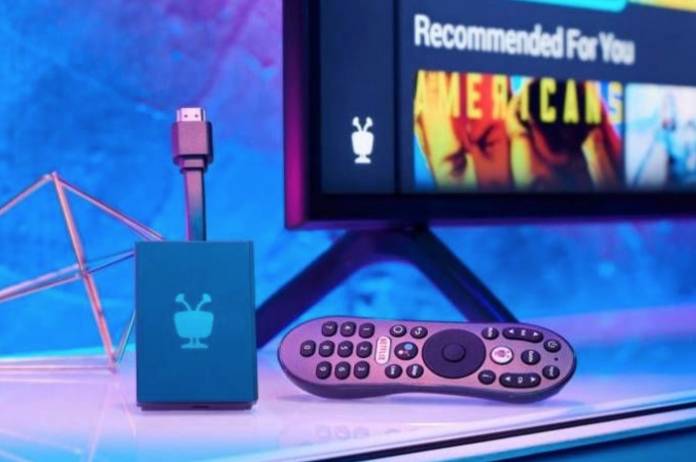 TiVo was such a big thing in the U.S. decades ago that it became a verb, like “Did you TiVo that Seinfeld episode?” But with the arrival of on-demand streaming services and eventually cord-cutting live TV services, it eventually lost its power over the viewing public. It’s not yet down and out for the count as they are now launching a new device called TiVo Stream 4K, an Android TV-powered HDMI dongle to bring all streaming services together to your maybe-not-so-smart TV.

TiVo still has their DVR for pay TV customers but that has basically lost its audience with much-more advanced products from the likes of Roku, Amazon, Apple, etc. And so now they’re trying to bring an alternative to the Fire TV stick and the Chromecast stick with their own dongle that lets you stream all the services you subscribe to, like Netflix, Amazon Prime, Google Play Movies, Hulu, Disney+, etc. Basically any service that has an Android app, you can stream to your TV with the dongle.

And because it is using the Android TV platform, you can also summon Google Assistant through the voice button on the remote. This means you can ask for the weather, your schedule and the to-do lists, search on the web, and anything that the Google Assistant can do. It supports 4K UHD, Dolby Vision HDR, and Dolby Atmos. And in case you want to stream your phone’s content, it also has built-in Chromecast.

It doesn’t have live TV recording despite being TiVo, but they have partnered up with Sling TV and its Cloud DVR. You can even surface Sling’s content in the universal search as well as voice commands through Voice Remote. There is also an ad-free free streaming TV app called TiVo+ where you’ll be able to access thousands of movies and TV shows from 49 free streaming channels.

You can get the TiVo Stream 4K dongle for only $49.99 with no other subscription fees. But if you want to use Sling TV, you’ll have to subscribe to it. You do get a 7-day free trial so you can check it out first before committing.