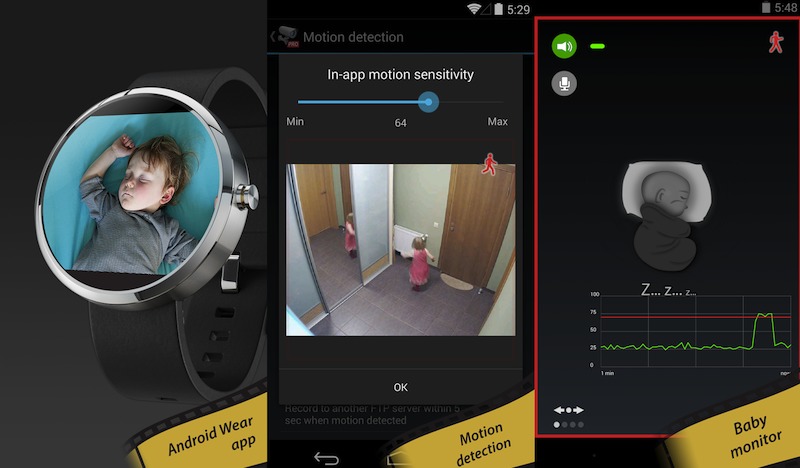 Video footages of your tinyCam Monitor for IP Cam will soon be viewable on any Android Wear-powered device. A software update was recently released that includes support for streaming for the IP camera to show feeds on Android Wear smartwatches.

This development only proves that you can do anything on Android Wear now. The era of wearable OS may be in its early stage but we can see the many possibilities. Just think about how fast smartphones evolved. As for smartwatches, it would even be easier because apps are already available. All the Android Wear needs is for the apps to be tweaked a little.

Tiny Solutions LLC, developer of the said app, released the app update (version 5.6) after adding streaming support. The feature is also accessible with a simple voice command. Say ‘OK Google. Start tinyCam Monitor’ and a list of apps will appear. Click on the app and choose from all the IP Cams that will be shown on the small screen of your watch. Swipe to the right, tap to zoom, or select camera on your screen to enjoy the different functions of the app on the Android Wear device.