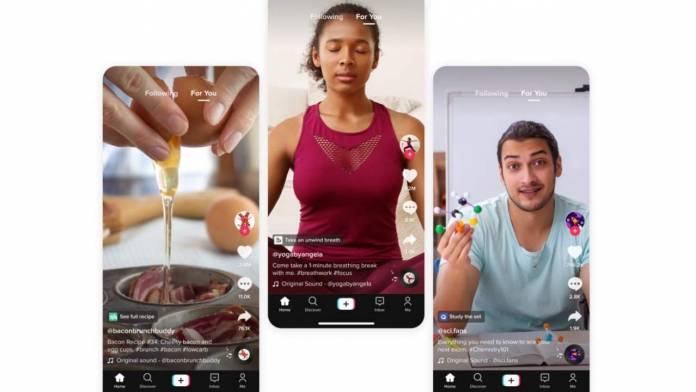 If some thought the growth of viral app TikTok is somewhat slowing down, data shows otherwise. Users in the U.S. and U.K seem to be spending more time on TikTok than on YouTube, even though the latter still has more overall time spent since it has more users overall. For a while, there no other video app has come close to YouTube in terms of users and watch time but now the Chinese-owned short-form video app has “upended the streaming and social landscape.”

This data comes from app monitoring company App Annie, as reported by BBC. In terms of the time spent on the app, Tiktok has overtaken YouTube, at least in those two countries. The data only includes Android phones and doesn’t even include its native China, where it is known as Douyin, and where it is obviously a major app. Actually, in the UK, they have been top for that metric back in 2020 and has been top ever since. In the US, the two video apps have been “trading places” several times but since April 2021, TikTok has been top.

But in terms of total time spent on the app, YouTube is still the clear winner because it has many more users overall. It has an estimated two billion monthly users while TikTok has said in mid-2020, they have about 700 million monthly users. Those numbers may have probably grown since then but it’s still peanuts compared to YouTube. In terms of app downloads, TikTok is still the most downloaded worldwide since last year.

Because of the rise of live-streaming and creator culture, there has been a “surge” in spending money to get creators posting on these apps. App Annie says that three-quarters on money spent for the top 25 social apps in the first half of 2021 list “live streaming” as a prominent feature. TikTok for example lets users tip creators they like with “coins” which users can buy with real-world money. Gaming app Twitch also lets users tip live streamers with “bits”.

With more major apps creating their own version of TikTok, like Facebook, Instagram, and YouTube, we’ll be seeing more growth in short-form video content as these companies are also throwing in a lot of money to reward creators. We’ll see in the long run if this is still a fad or if this is really the new face of social.