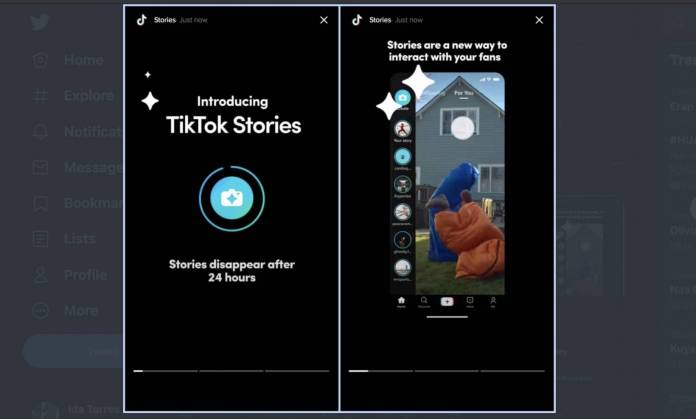 If you don’t know by now or if you’ve been living under a rock, TikTok has been one of, if not the most popular social media apps of the past few years. We’ve been seeing major tech companies trying to emulate its success with their own versions. But now it looks like it’s TikTok’s turn to try out a popular feature on brands like Facebook, Snapchat, etc: the ephemeral posts. TikTok Stories is now being tested out in several countries outside of the U.S.

Despite the rocky period that TikTok underwent under the Trump administration, it is still probably the most widely used or viewed app in the country and in several other countries as well. And now that they are able to breathe a little bit easier under the new administration, they’re back to developing new features and updates for their huge user base (not that they ever really stopped actually). They have confirmed that they are pilot testing something called TikTok Stories.

From the name itself, you’re right to assume that it functions like the vanishing post feature of other apps. Once you post something on the stories section, it will disappear after 24 hours. The goal is for additional content that is ephemeral, which a lot of people apparently enjoy based on the success of Instagram Stories, Snapchat, and even now defunct features like Twitter’s Fleets (with its, well, fleeting, success). So now it’s time for TikTok to see if it will be effective as well on their platform.

A spokesperson told Variety that they are experimenting with other ways that will give TikTok creators additional formats for their creativity. It is currently on a small pilot test but in unspecified countries outside the U.S. The rep cautioned though that it might not become a permanent feature on the platform if feedback says that creators actually don’t need it. So we’ll have to wait and see for how users in those countries interact with the feature.

Social media competitors have been trying to replicate TikTok’s success with their own take on the short-form video format like Instagram Reels, Snapchat Spotlight, and YouTube Shorts. Meanwhile, TikTok has expanded the length of their videos from 60 seconds to a not-so-short three minutes.