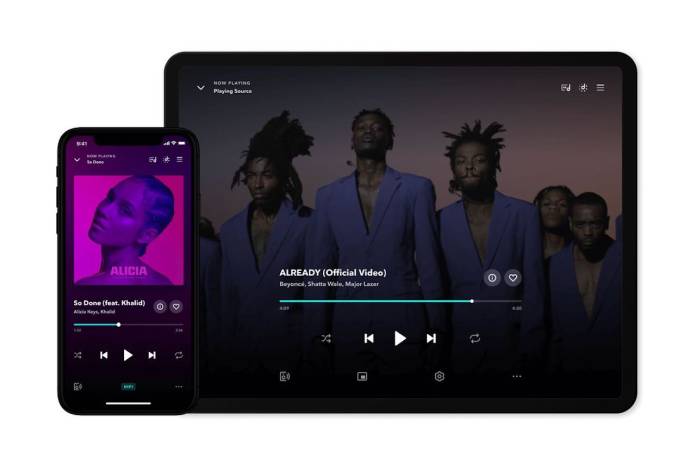 Tidal has made its name by offering a music streaming service that offers higher quality audio for its subscribers. It may not be as popular as the leading names in the industry but for those who are not happy with the streaming quality of the Spotify’s and the Apple Musics of the world, it is a pretty good alternative. But their audience has been pretty limited due to its subscription offer. Now for the first time it’s offering a free, ad-supported tier although not at the same quality.

Tidal’s brand new free tier will give you access to their entire library of more than 80 million songs and “expert-curated playlists. Of course since this is ad-supported, you will get ads in between and “limited interruptions”. When it comes to sound quality, you’ll only get Standard Sound Quality which means music will only stream up to 160 kbps. That’s just a little higher than the 128kbps that Spotify free users get on average.

TIDAL now has three options for U.S. fans to choose from, each with access to the same catalog of 80+ million songs & videos. These new tiers are an important step allowing us to continue building products to empower both artists and fans. pic.twitter.com/hvwAyTQUhL

Tidal has also split its HiFi tier into two: HiFi and HiFi Plus. The $9.99 per month with HiFi brings sound quality up to 1411kbps. It is also ad-free and you will be able to do unlimited skips if you don’t want to listen to the song that’s currently playing. You will also be able to listen offline to songs that they have saved. For those who were previously on this tier, they’ll get an “audio quality upgrade” as well as a new activity feed.

The HiFi Plus tier will give you up to 9216 kbps with “innovative audio formats” at $19.99 per month. Subscribers at this level will get Master Quality Authenticated (MQA) audio, Dolby Atmos, and Sony 360 Audio tracks as well as early access to exclusive content and features. Tidal is also bringing some new features for its artists, including direct-to-artists payments where part of the HiFi Plus subscription goes to their most-streamed artist.