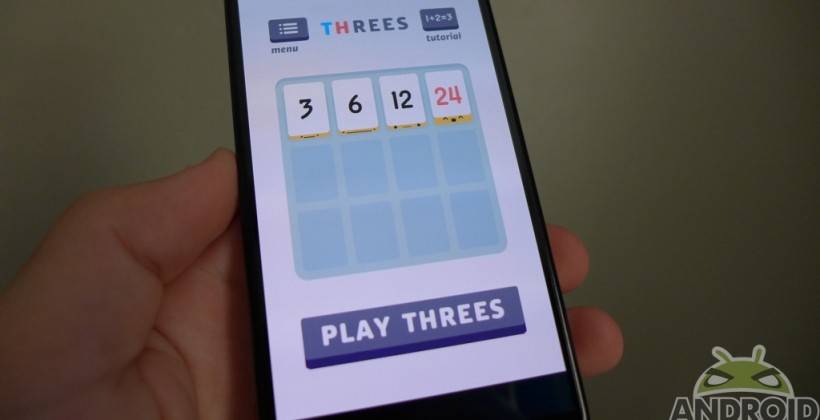 Clones and rip-offs of popular games are something we sort of have to deal with on Android. Of course, this isn’t an issue exclusive to Android, or the Play Store though. Recently the developer behind Threes took some time to address these “rip-offs” going as far as calling some out by name. In this case, 2048 and 1024.

Some of the talk here deals with release dates of games on the iOS side, but it all stems back to the bigger issue. It seems some of this comes down to how long Threes took in development, and some of it was due to users thinking Threes was a clone of 2048. It was pointed out how 1024 was released 21 days after Threes, and about 10 days later came 2048.

It is hard to tell whether this talk of rip-offs comes as a result of frustration over what people are thinking, or if there was something deeper. To their credit, they did mention how it was “complicated and hard to express these conflicting feelings” and how “even writing this feels like we’re [they’re] whining about some sour grapes that we have no business feeling sour about.”

But having said that, the post on the Threes site does make some interesting points. For one, there was mention in regards to 2048 about how “when an automated script that alternates pressing up and right and left every hundreth time can beat the game” — it is broken. Things then go on with mention about how only 6 people in the world have seen a 6144 on Threes, and nobody has “beat” the game just yet. It seems the developer of Threes was going after “simple to learn, impossible to master.”

Anyway, along with the talk of rip-offs, the Threes team also released quite an archive of messages that gives an interesting and sort-of inside baseball look.