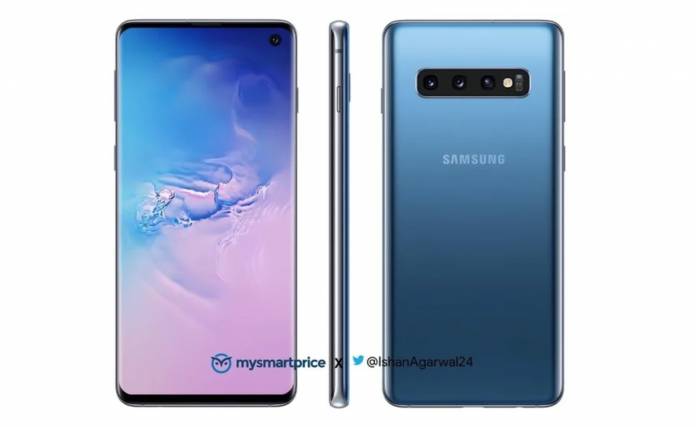 If you’re the type of person who can’t wait until the official pictures are released and you’d like to imagine what an upcoming device would look like in this or that color, then renders are your best friends. The Galaxy S10 family which will be unveiled in just a few days has seen its fair share of renders. Now the latest ones show off what the Galaxy S10 and Galaxy S10e would look like in the color blue, just in case you are partial to that color.

The renders of the various Galaxy S10 devices have been pretty consistent so far and if they are indeed the real thing, then we probably won’t be surprised anymore when Samsung officially unveils them on the 20th. The color variants are there to let you have a look in case you’re trying to decide which one to get once the pre-orders start, which is rumored to be by early March already. If blue is your color, then this will help you visualize the two devices.

Just in case you’re living under a rock, some of the specs that have been leaked about the Galaxy S10 are the following: powered by either Exynos 9820 or Snapdragon 855, screens will all have Infinity-O displays with sizes varying from 5.8 to 6.1 to 6.4 inches, and the Galaxy S10+ will have two front-facing cameras.

The Samsung Galaxy Unpacked event is happening on February 20 and will be live-streamed on their various social media. Stay tuned for more leaks and rumors over the next few days.