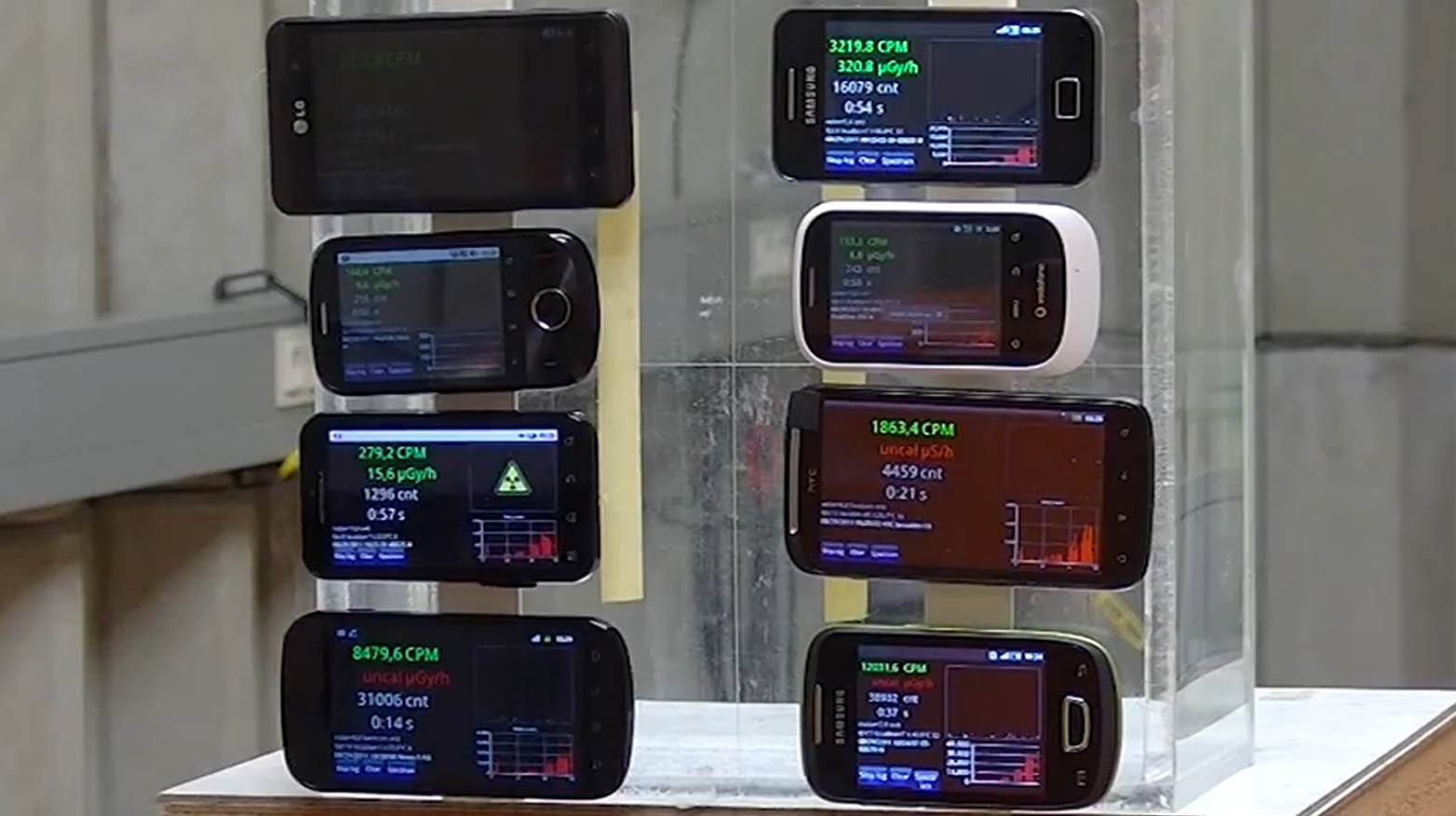 Shelters full of canned goods? Stockpiles of weapons for shooting mutant cockroaches? In a post-nuclear fallout scenario, all these considerations are secondary. What you really need is a reliable Geiger counter, a device which allows you to measure the radiation level of areas and substances. And a team of  scientists at the  Helmholtz Research Center in Munich have provided one for anybody who’s got an Android phone handy. All you need is a piece of black tape and either $4.49 or $5.00 for the light and pro versions of the Radioactivity Counter app. Yes, this really works.

But how? The app uses the sensor on the front or rear camera of your phone as a radiation detector. It’s not a true Geiger counter (unless your phone has a helium-filled glass tube we don’t know about), but it measures the radioactive interference that can be seen on the sensor when no light enters from the lens. The app measures non-light sources of energy from everything from a tiny and harmless radioactive chip to a full-on blast of gamma rays from a lab machine – the stuff that Stan Lee’s dreams are made of.

Below: lots of Android phones getting lethal doses of radiation. They may turn into gigantic sentient killer robots… but more likely, they’ll just stop working after a while.

The video above shows how the app works and its surprising sensitivity. The developers created the Radioactivity Counter after the Fukushima Daiichi power plant disaster last year, as a method of quickly getting “Geiger counters” into the hands of hundreds of thousands of citizens, who can then be informed about areas and resources that need to be avoided without relying on conventional media. The full version allows for viewing and saving of data in more modes. but otherwise operates the same way.