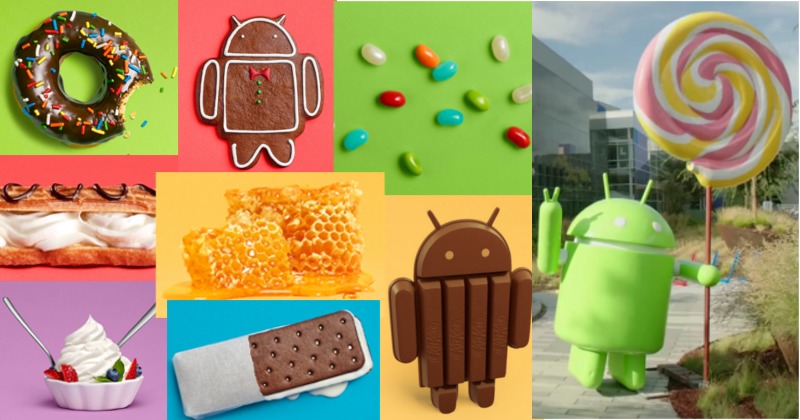 Things seems to have slowed to almost a standstill in the Android world, at least as far as version adoption is concerned. After an initial growth burst for Android 5.0 Lollipop, things seem to be business as usual, with OEMs getting some of their devices up to date on the more recent Android versions. There are, however, some that seem unwilling to give up the ghost and to go silently into the 0.1 percent night of the Android Distribution chart, lingering around as long as they can.

It is quite interesting that Android 2.2 Froyo refuses to budge. For three months straight it has remain at 0.4 percent. If it had gone below 0.1, it would have been removed from the pie chart completely, leaving even fewer left to show evidence of that dreaded Android fragmentation. The rest of the gang, except for Lollipop of course, have gone down, but only ever so slightly. The good news is that any version earlier than Jelly Bean are limited to single digit parts.

Jelly Bean is also interesting. For the first time, Android 4.4 KitKat has actually surpassed its predecessor. Even the combined numbers of the three Jelly Beans, which total 40.7 percent, wasn’t enough. That said, KitKat isn’t really that far ahead with only a 0.4 percent lead. The only other growth here is, of course, Lollipop, though now Google has branched it off into two, for 5.0 and 5.1 API levels. 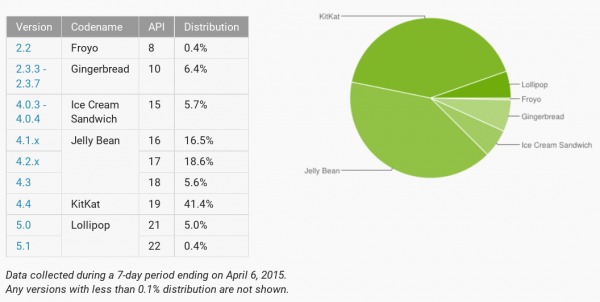 With big device events over and OEMs starting to mellow down on their updates for flagships, things have somewhat started to plateau. Not unexpected but somewhat disappointing for those pushing to get older version down to very small numbers. We are still hoping that KitKat and Lollipop will get another growth spurt, if not via official OEM updates for older devices, then through after-market ROMs that are already ramping up development on Android 5.0 releases.