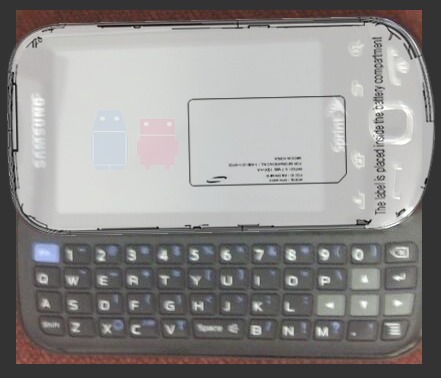 Usually when a handset passes the FCC it’s really close to being released. The Samsung M910 is expected to be the Moment 2 and it has just passed through the FCC. Looks like the original Moment will have a short lifespan just like the HTC Eris. Hopefully 2.1 still get pushed to both of these devices, Sprint has pretty much confirmed the update for both their current Android devices so it’s now a waiting game.

The folks over at AndroidGuys uncovered some of this juicy information on the rumored Moment 2As far as specs goes there isn’t much to go on. We do know it has a full QWERTY keyboard, it will ship with either Android 2.1 or even 2.2, depending on what’s out when it’s released. Other rumored specs are, 1 GHz Cortex-A8 processor and a 3.5 inch AMOLED. Of course Wi-Fi, Bluetooth, GPS and a microSD card slot will be included. We’ll stay on top of this and let you know when more specs are announced (rumored).