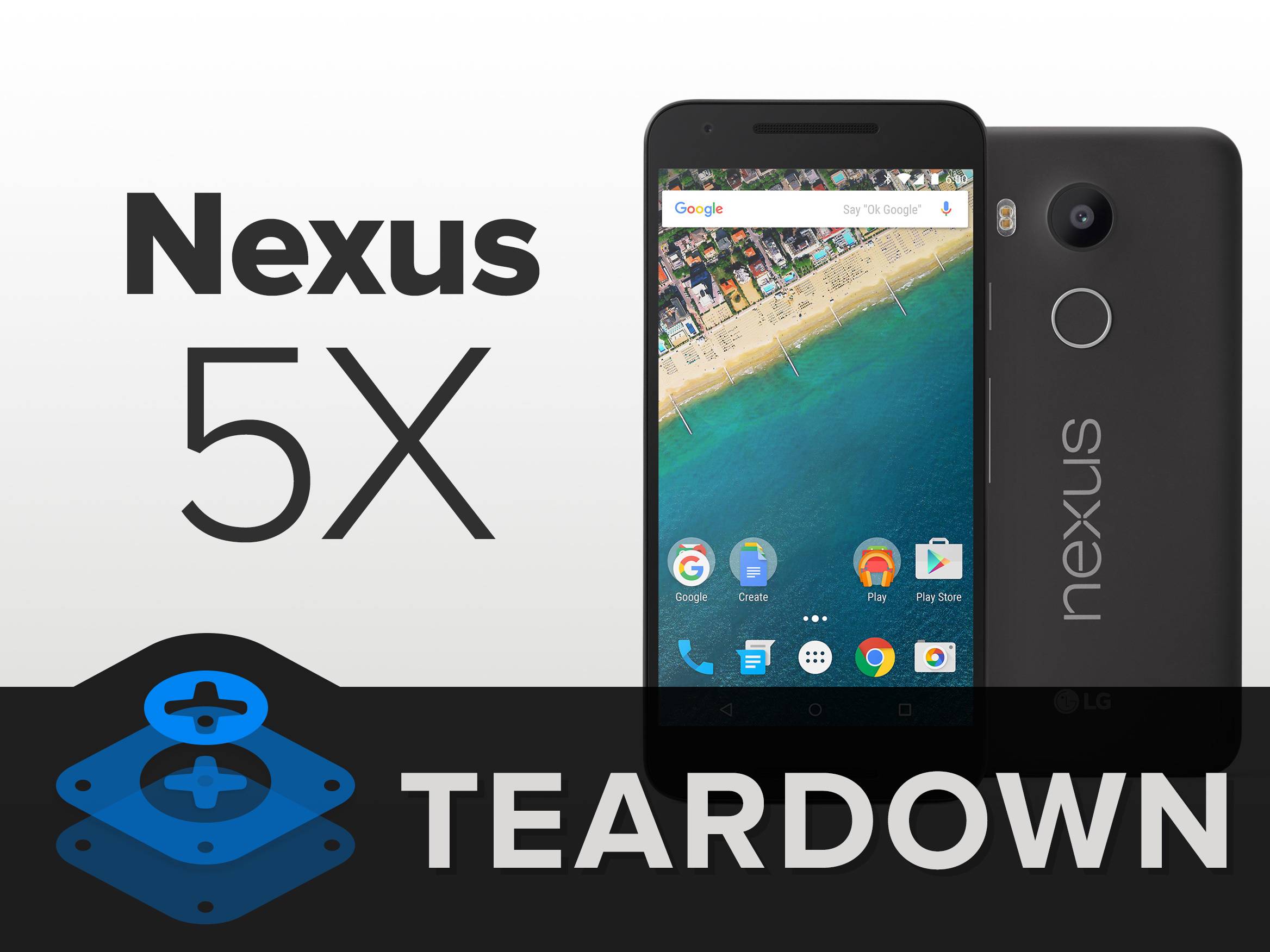 A lot has changed in a couple of years since the last time Google peddled a 5-inch phone made by LG called the Nexus 5. Now we see a great refresh of that great smartphone in the Google Nexus 5X, still made by the same Korean gadget manufacturer, but adding a nifty feature set to the popular name. Now iFixit gave it its famed teardown treatment, complete with Back to the Future references, since the teardown happened on the day Doc and Marty visited us from the past.

To give you a quick rundown of the specs, we’re getting a 5.2-inch Full HD (1080p) IPS LCD display powered by the hexa-core 1.8Ghz Qualcomm snapdragon 808, and some 3GB of speedy LPDDR3 RAM. You’re also getting a Sony IMX377 12.3MP camera, the Nexus Imprint scanner, and a USB Type-C charging and data port. Getting the back cover out is easier (than the old Nexus 5) this time, due to the lack of adhesive. Then you can start unscrewing the two-part midframe.

Once you get the midframe out of the way, the battery, the fingerprint sensor and the camera are all available now for disassembly. Then out comes the main motherboard, where all the Qualcomm chips reside. It will be good to note that the USB Type-C port is soldered onto the main board. That means that if the port fails or malfunctions, you’ll have to get a motherboard replacement (yikes).

The LCD is fused to the Corning Gorilla Glass 3, and as such will be replaced as one part, if ever. The folks at iFixit gave the Nexus 5X a 7-out-of-10 rating, mainly praising the modular parts and easy replacement of them. There are some parts that are soldered on and fused, so those need to be replaced as one part and might cost users some money. Other than that, the Nexus 5X is generally easy to get into. 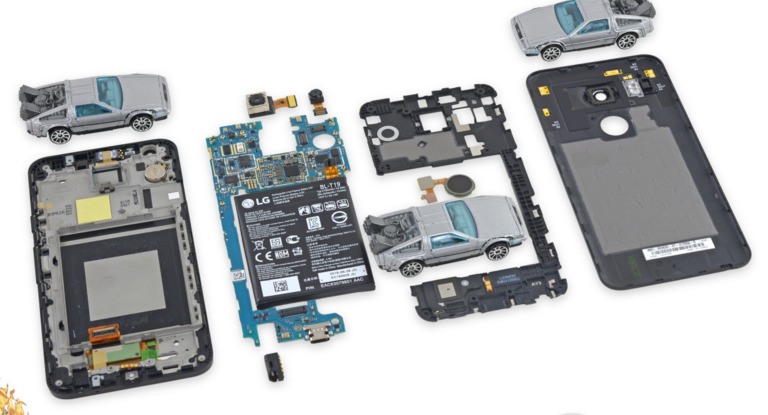