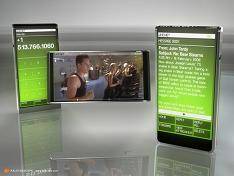 When he’s not obsessing over Android, director of mobile platforms Andy Rubin is busy obsessing over mobile devices in general.  In the latest of Google’s soothsaying articles, the brains behind Android (and the Sidekick) looks at where ubiquitous computing is likely to take us in ten years time.

“The phone that you have in your pocket, pack, or handbag is probably ten times more powerful than the PC you had on your desk only 8 or 9 years ago (assuming you even had a PC; most mobile users never have). It has a range of sensors that would do a martian lander proud: a clock, power sensor (how low is that battery?), thermometer (because batteries charge poorly at low temperatures), and light meter (to determine screen backlighting) on the more basic phones; a location sensor, accelerometer (detects vector and velocity of motion), and maybe even a compass on more advanced ones. And most importantly, it is by its very nature always connected” Andy Rubin, Google

The device Rubin envisages is a tool for sharing data, not just viewing it while away from your desk.  Users will be able to contribute text, video and images, as they do now, but also temperatures, GPS coordinates, weather and more.  And you’ll be able to pull up that information, as it’s relevant to you, in intuitive ways.

If anything, Rubin’s predictions are relatively straightforward – tame, even.  Perhaps he’s limited himself on the understanding that, in ten years time, he’ll still be around for people to shout “oi, Rubin, where’s my personal butler cellphone?!” across the street.  Of the seven aspects he suggests, my personal favorite is augmented reality.  We wrote about the concept – and an app called Enkin – earlier on this year, and the idea of being presented with automatically researched and geographically specific information certainly fits my idea of what a mobile device should be doing for me.

So I’ll throw it over to you – you’ve heard my opinion, and Rubin’s, but what do you think mobile devices will be doing in ten years time?  Let us know in the comments.