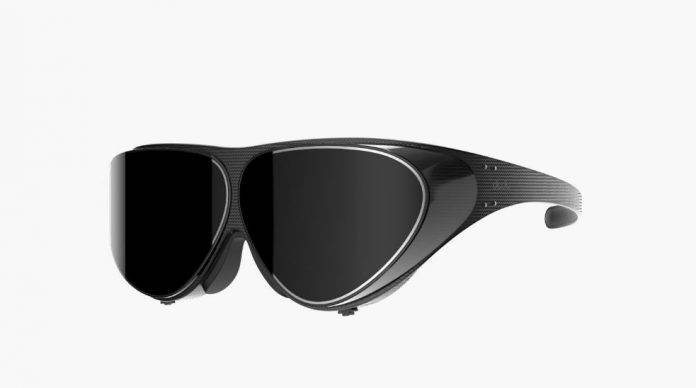 As the virtual reality (VR) bandwagon moves ever forward, we’re used to seeing people with bulky headsets strapped on to their faces – complete with mouths open in amazement. Seeing VR viewing platforms that take the shape of normal eyeglasses seem to be far off into the future or in the realm of movies, until you see the Dlodlo V1 VR glasses. It’s everything you would expect from VR glasses at this point, both the good and the bad points.

Dlodlo (pronounced as “dwo dwo”) has seemingly pulled off what HTC and Oculus can’t – that is put a VR headset in a more wearable package, like eyeglasses. The headset was announced on Monday, and it looks like and feels like welding glasses, or really big Elvis eyeglasses. For the most part, the Dlodlo V1 is lighter than most popular VR headsets, and with a 1200 x 1200-pixel screen for each eye, it has slightly better resolution than the Rift or Vive. You can either plug the V1 onto a PC or a phone-sized device called the D1, which the outfit says is like an iPod touch.

The performance is both good, and bad. For a small VR platform, the images are punchy and vibrant enough to give you that premium VR feeling, without the “swimminess” one feels with underperforming headsets. The problem with the V1 is content – there’s barely anything to do on the V1. The D1 – sold separately from the glasses, if we may say so – runs on “Dlodlo OS” which is based on Android 5.0 Lollipop. The company says it will have its own app store, but those are just promises right now.

Also, while the Dlodlo V1 is light, there’s no way to keep it falling from your head when you move around since it’s configured like glasses – especially when you look down. The company needs to figure these things out, because at USD$560, people will want to know that they can enjoy VR on this piece, even if it does look better than other VR headsets.