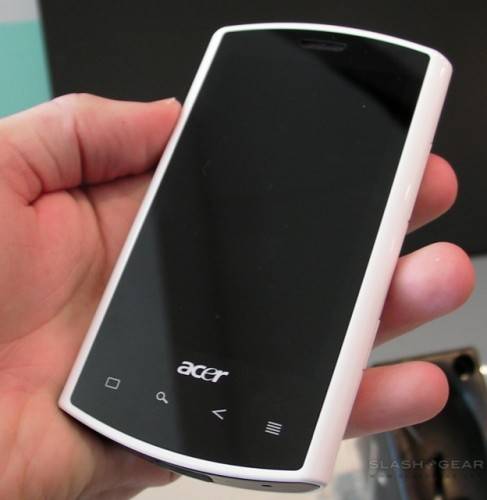 Finally, the first Android-based Acer smartphones, named “Liquid A1”, went up for sale in the United Kingdom as of yesterday. We already knew about retailer Clove taking orders for the Acer Liquid A1 since mid-November. But there’s also another retailer selling this phone too.

So now there are actually 2 retailers selling the first Acer Android smartphone in the UK; Expansys and Clove. Expansys is offering it for £339.99 ($554) including taxes, while Clove is selling the same device for a lower price; £328.90 ($536), not much, but is still cheaper, and that’s always good.

Now, the last time we heard from Clove on this Acer phone, they had a Qualcomm 8250 1GHz processor on the features list, but now, they have it with the same Snapdragon processor at only 768Mhz. This might have something to do with the capacity of the battery (1350mAh). And unfortunately, the Acer Liquid A1 will run Android Donut (1.6) instead of the Eclair (2.0).