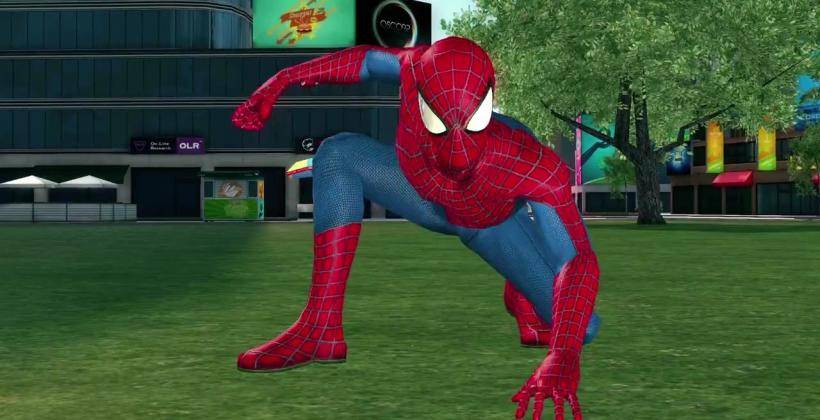 Our spider-senses are tingling, which means we’re all in for another movie tie-in game today. Following closely on the international premiere of The Amazing Spider-Man 2, your friendly neighborhood superhero swings into Android, carrying the promise of luscious graphics but also bearing some disappointing marks.

If you haven’t watched the film yet, don’t worry. Games like these rarely or almost never contain any significant spoiler you haven’t already seen in trailers. In fact, they usually don’t have anything in common with their namesake films aside from setting and some characters. While The Amazing Spider-Man 2 does share the general situation of a city teeming with superpowered miscreants, it skips the movie’s plot points and adds its own. It even adds its own roster of characters, like the manly Kraven the Hunter and the wily Black Cat, who, as always, is ambiguous in her relationship with our arachnid-empowered protagonist.

The biggest draw of the game, however, will probably be the graphics and animation, which are admittedly quite stunning. The game promises more freedom in exploring the city of New York, of course via the more scenic route atop skyscrapers. Swing above iconic locations like Times Square of Central Park. And speaking of swinging, while the game does have its fair share of beat ’em ups on the ground, of particular appeal is the chance to dish it out high above the streets.

If the trailer above has whet your appetite, what follows next might just serve to undo that. Based on comments but nowhere mentioned by Gameloft, the game requires an active Internet connection at all times. It’s not an online game, mind you, so users are wondering why it needs to have a constant Internet connection. There are also complaints about a bit of lag and sluggishness. Though that is somewhat to be expected given how rich the graphics are, when owners of a Galaxy Note 3 or even a Galaxy S5 start complaining, then something is definitely amiss. Though they don’t exactly break the game overall, these minor annoyances do make $4.99 feel like a pretty high price to pay.