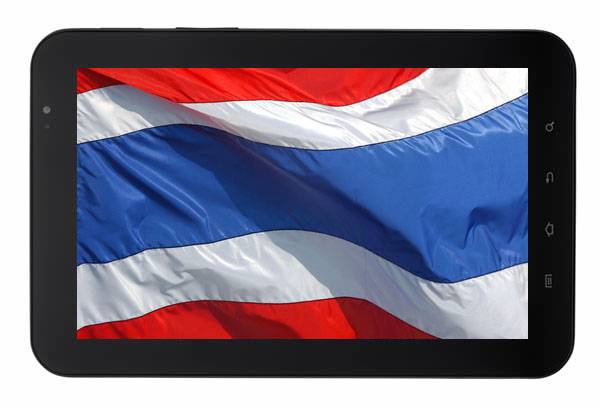 India’s Aakash tablet has garnered most of the attention in the Android education space for the last few months. But Thailand is making its own government-subsidized tablet push, and naturally they’ve chosen Android. The country has allocated $32.8 million to ship just under a million tablets to its 6-8-year-old students, with 400,000 shipping out within the next 90 days. The second half of the program, with another 530,000 tablets, is expected to cost another $33 million.

Digital Trends reports that Thailand is courting Chinese manufacturer Shenzhen Scope for the hardware, which costs $81 per unit. The Scopad SP0712 has some impressive specs, all things considered: a 7-inch screen, a 1.5ghz single-core processor, 1GB of RAM and 8GB of storage. Best of all, they’ll be running Ice Cream Sandwich, presumably mostly unmodified from the publicly available source code. Dang, where can I buy one? (note: there’s no photo yet – the picture above is a mock-up.

Currently the manufacturer is reserving a large portion of its capacity just for Thailand, pumping out 24,000 tablets every day. As the country’s demands increase, the company will increase its production. Even at the razor-thin margins that the government must be giving them, it’s a tidy profit. And a million new and eager Android tablet users will surely help the platform itself to expand.