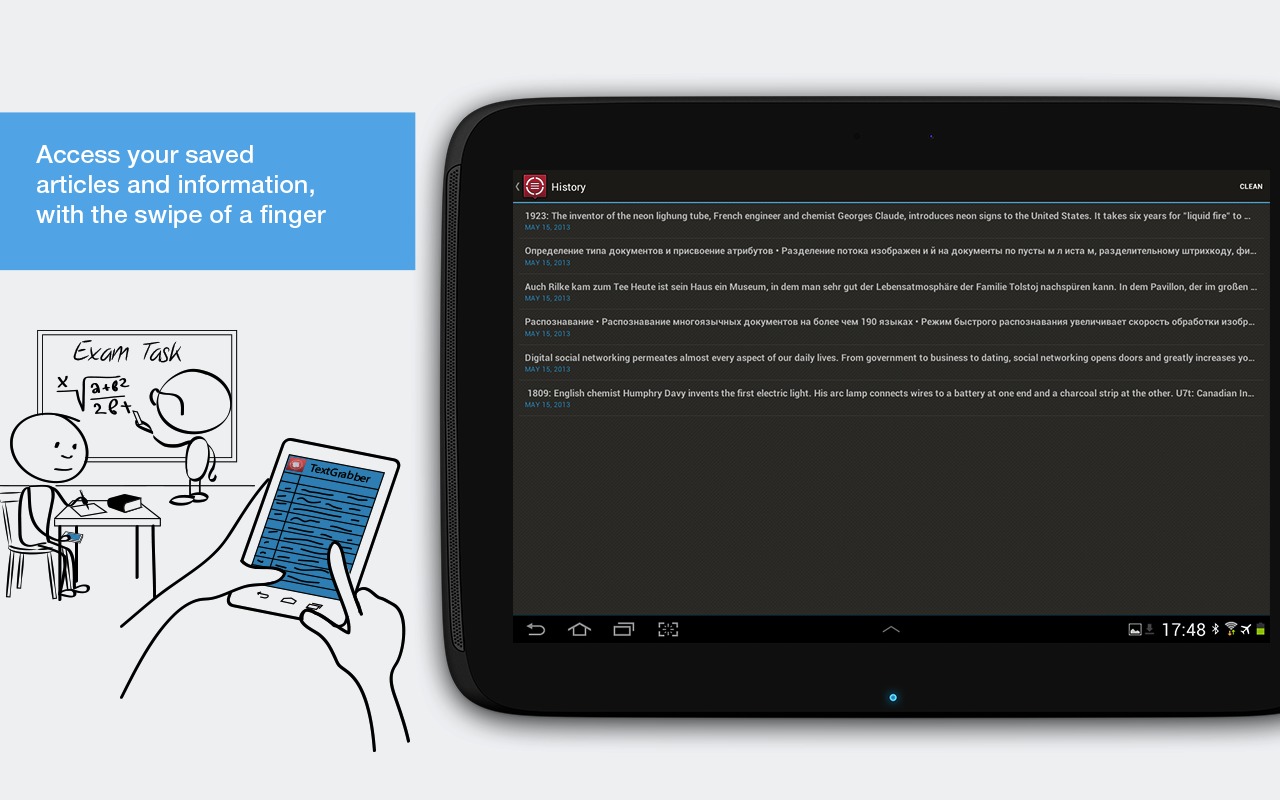 Ever had those times when you just want to grab your camera and take an image of the stuff you’re reading? I always do that and I’d wish that my phone could automatically translate or copy the text for me. My idea is for an app to work something like a scanner. I know there are scanner-like programs already but this TextGrabber + Translator app doesn’t just grab an image. It also converts image into real text that you can easily edit and send as an SMS or email.

The printed information you capture is digitized. It can also be translated into different languages wherever you are. So when you’re in a foreign country and you don’t know the language and have a human translator or tour guide with you, you can take an image of a post or text and then use the ‘TextGrabber + Translator’ app.

The app recently won a SUPERSTAR Award in the Mobile Star Awards- “Text Input” category. It’s one helpful app that lets you edit, translate, and share any text with any other apps, your cloud storage, or social networks. Feel free to scan and translate everything from documents to notes, articles, receipts, book fragments, product ingredients, manuals, and instructions among others.

Translation requires Internet connection but in can recognize and convert text even without a connection. There are over 60 languages supported including English, French, Spanish, German, Korean, Greek, Chinese, Russian, and Portuguese.