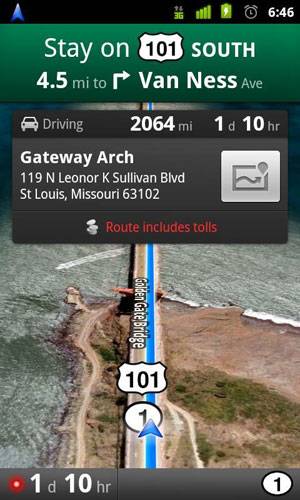 If you have an Android tablet device that lacks onboard GPS, but you would like to use its larger screen for navigation while you drive a new app for Android devices has surfaced that will let you do that. The app is aimed at use on all sorts of Android tablets like the Nook Color that lack onboard GPS. The app is called TetherGPS.

You can gather from the name that it allows GPS navigation by tethering your tablet with an Android device that has GPS onboard via WiFi rather than Bluetooth as you might expect. The software has two parts to make it work.

You have to install the TGPS server on your smartphone and the TGPS client on your Nook or other tablet. Once the software is installed, you can get navigation all you want using your tablet. The app is available right now for $2.99 for the full version and a trial lite version is expected as well.